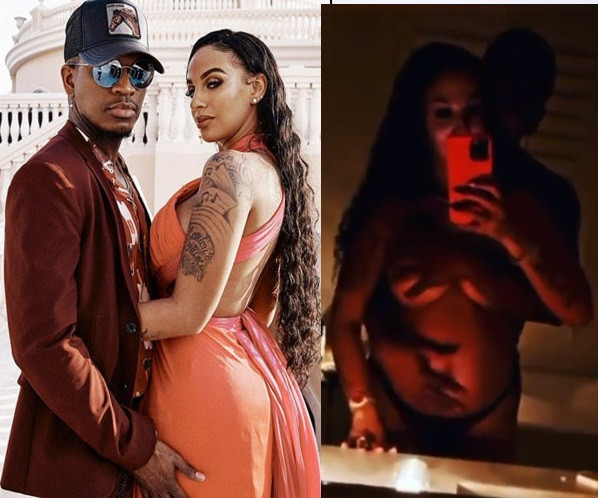 American singer, Ne-Yo and his wife Crystal Smith are expecting their third child together.  This baby will be Neyo’s 5th child which is ironic because he got his first baby mama, Monyetta Shaw, to tie her tubes because he didn’t want anymore children which she did. He’s now on baby number 5…lol. God has a great sense of humour sha… Making the pregnancy announcement, the singer shared a romantic clip of him rubbing Smith’s pregnant belly and then wrote : “Overjoyed to announce…the family is expanding…!”

This will be the couple’s third baby together, as they already share two children, Shaffer Chimere Smith Jr., 4, and Roman Alexander-Raj Smith, 2. Ne-Yo is also a dad to Madilyn Grace Smith, 10, and Mason Evan Smith, 9, who he shares with his ex, Monyetta Shaw. “You ready baby? Let’s go,” he added while including the hashtags, “#Number5, #5thandFinal, #BlessingsonBlessings.”