The suspects were apprehended today, February 22, in an early morning operation in Minna. Niger State 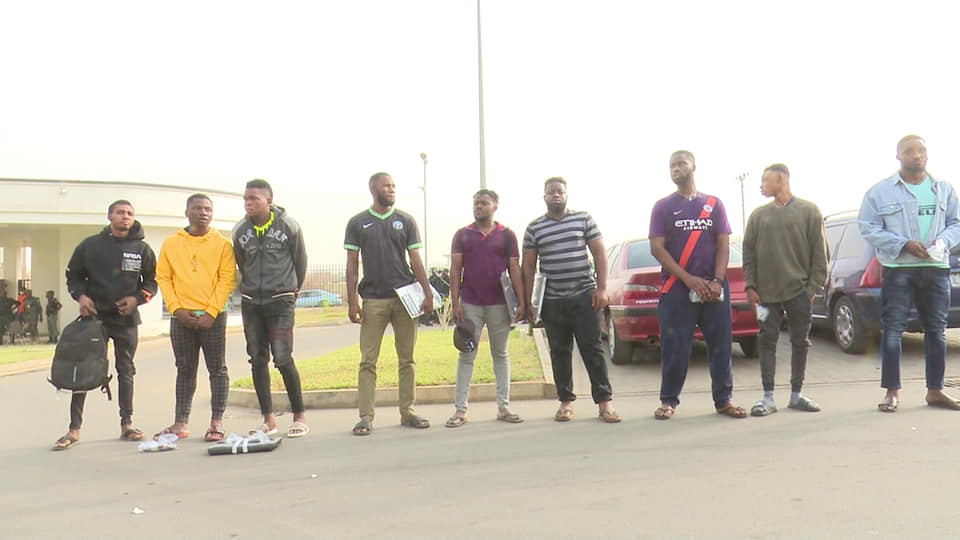 The agency said their arrest by operatives from the Advance Fee Fraud Section, EFCC headquarters, was followed after a credible intelligence on their alleged fraudulent activities.
According to EFCC, the suspects will all be charged to court as soon as investigation is completed. Laptops, phones, and cars were recovered from the suspects during their arrest.
Nine suspected internet fraudsters have been arrested by operatives of the Economic and Financial Crimes Commission, EFCC.