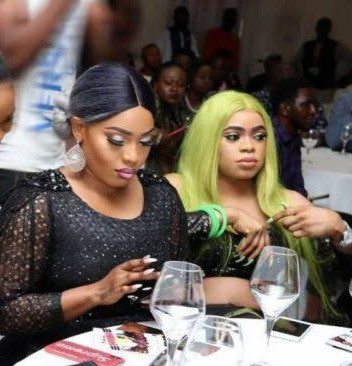 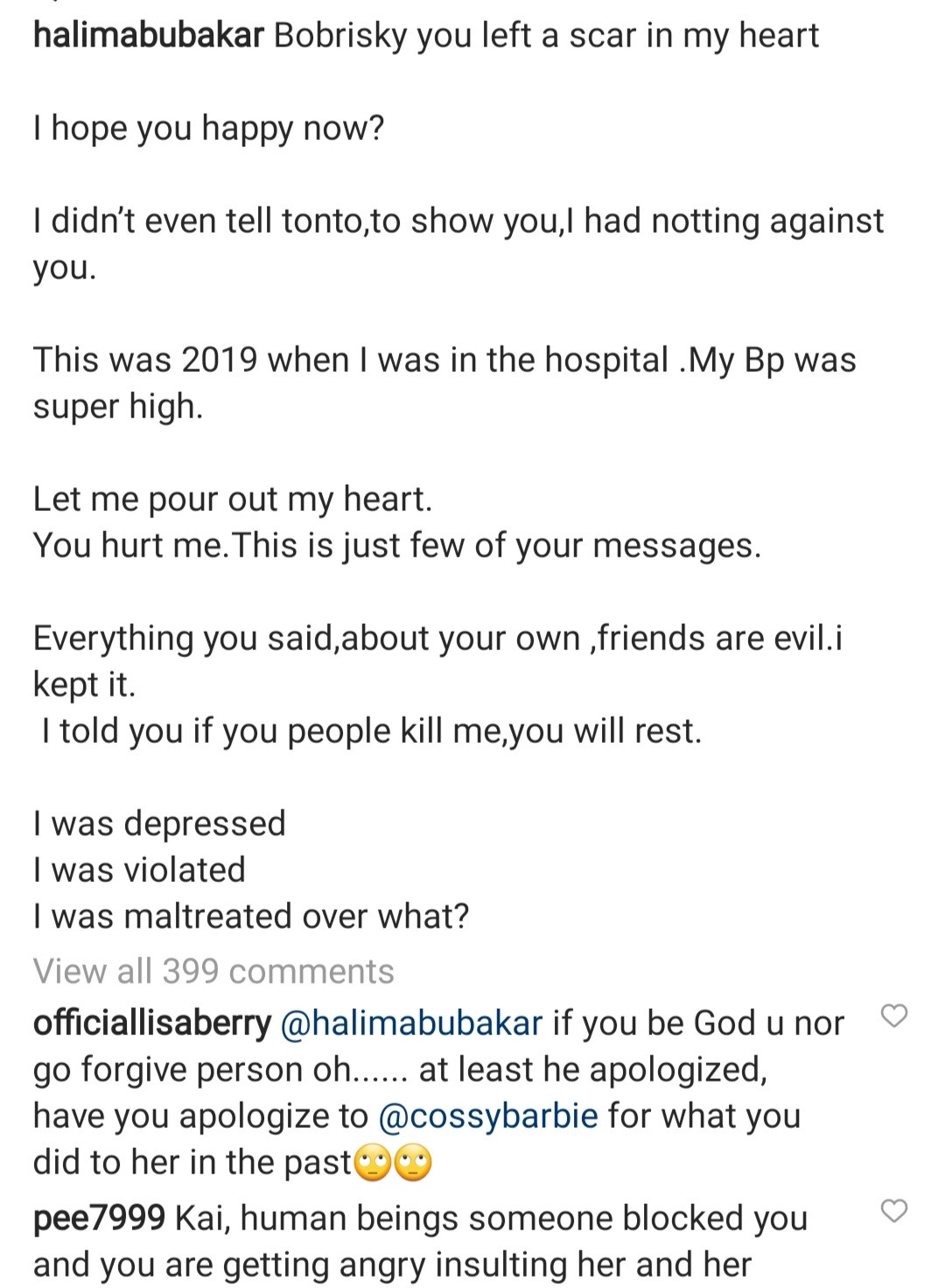 He told her that she’s “full of hate” for blocking him “with no reason”. This was 2019 when I was in the hospital .My Bp was super high. 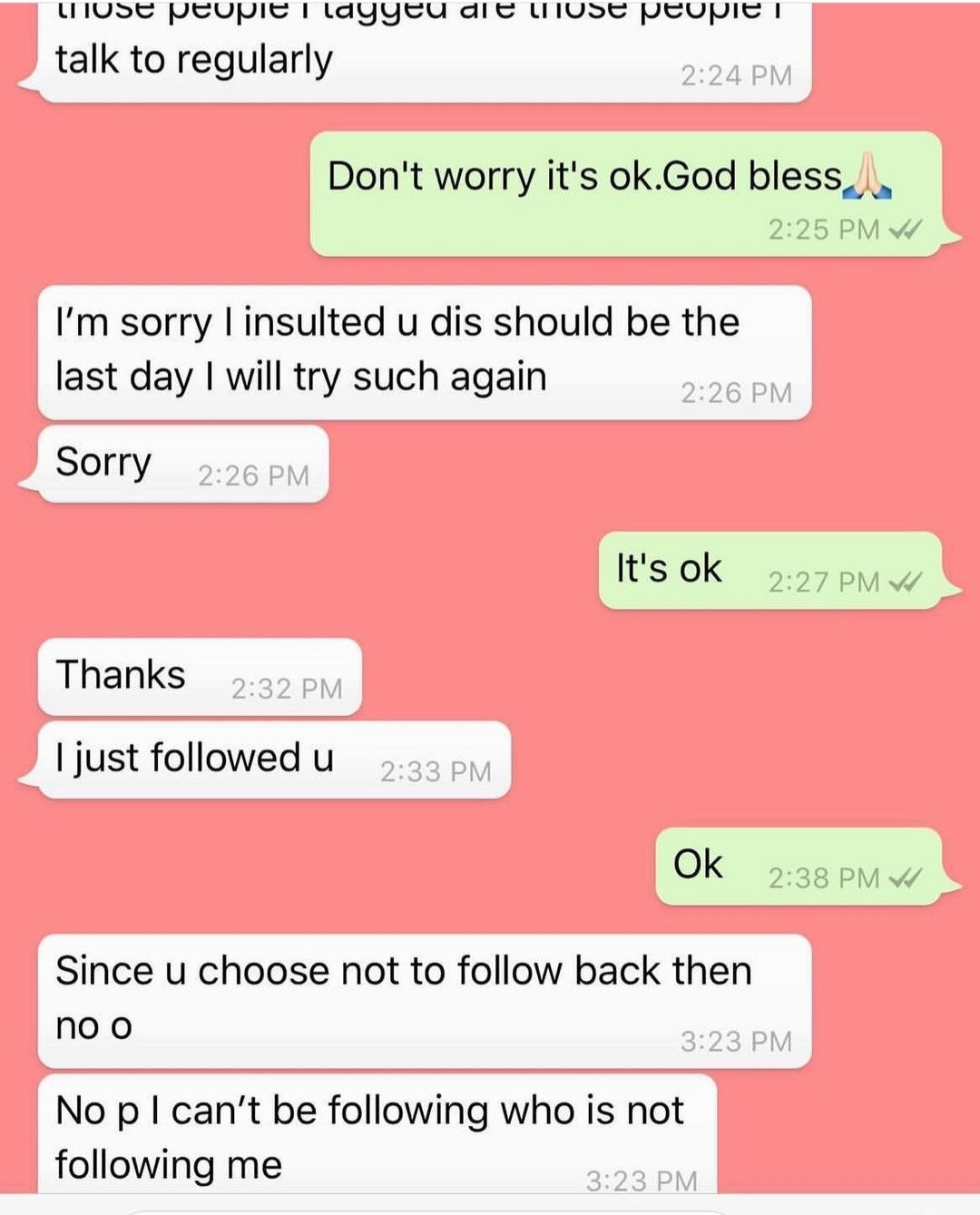 Halima later named the friend as Tonto. Pouring out her heart in the caption, the actress wrote:

Halima Abubakar, who threatened days ago to stop keeping the secrets of her colleagues, has gone on Instagram to release chats she exchanged with Bobrisky.Everything you said,about your own ,friends are evil.i kept it.
I told you if you people kill me,you will rest.I hope you happy now? 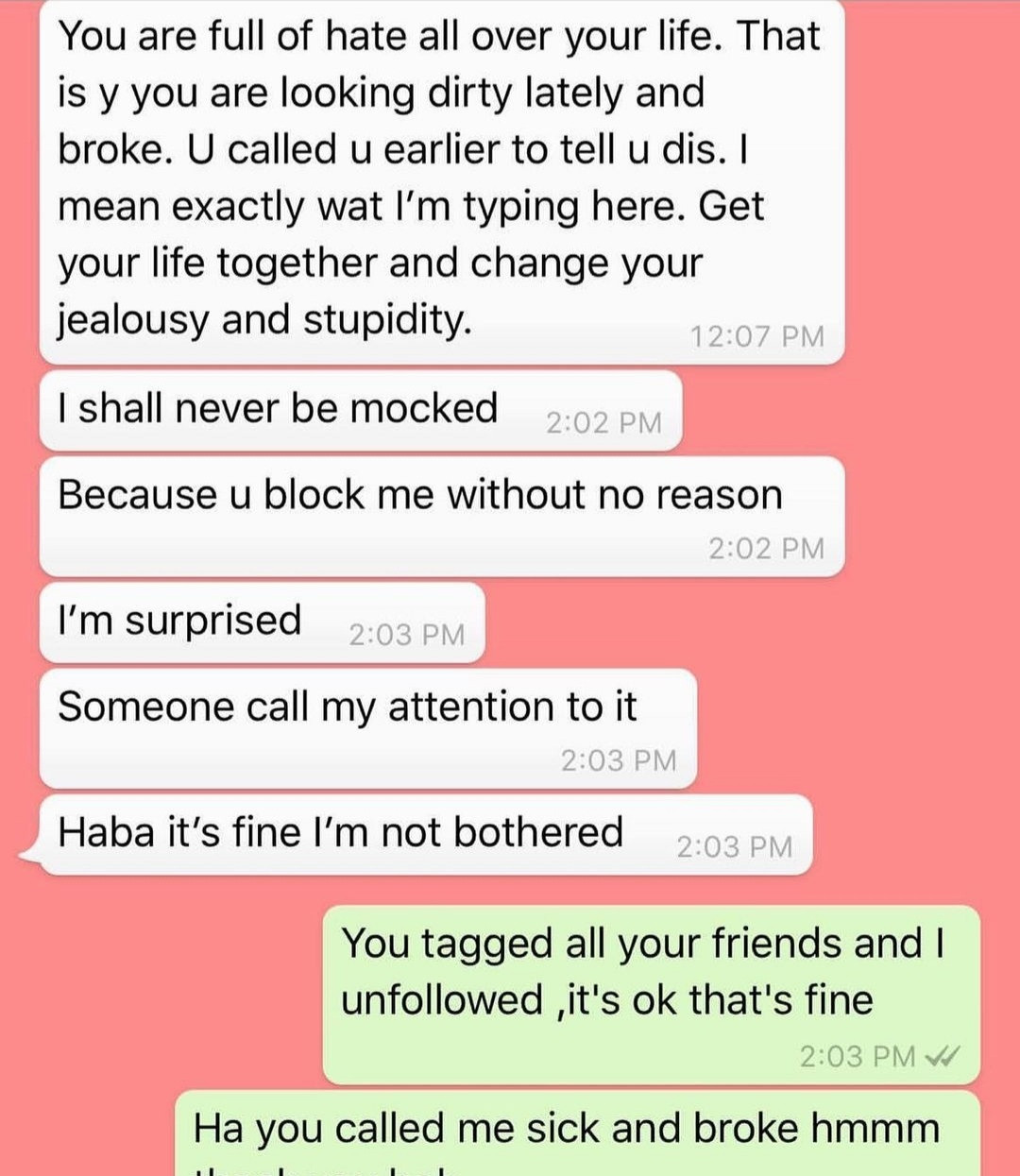 I didn’t even tell tonto,to show you,I had notting against you.Let me pour out my heart.
You hurt me.This is just few of your messages. 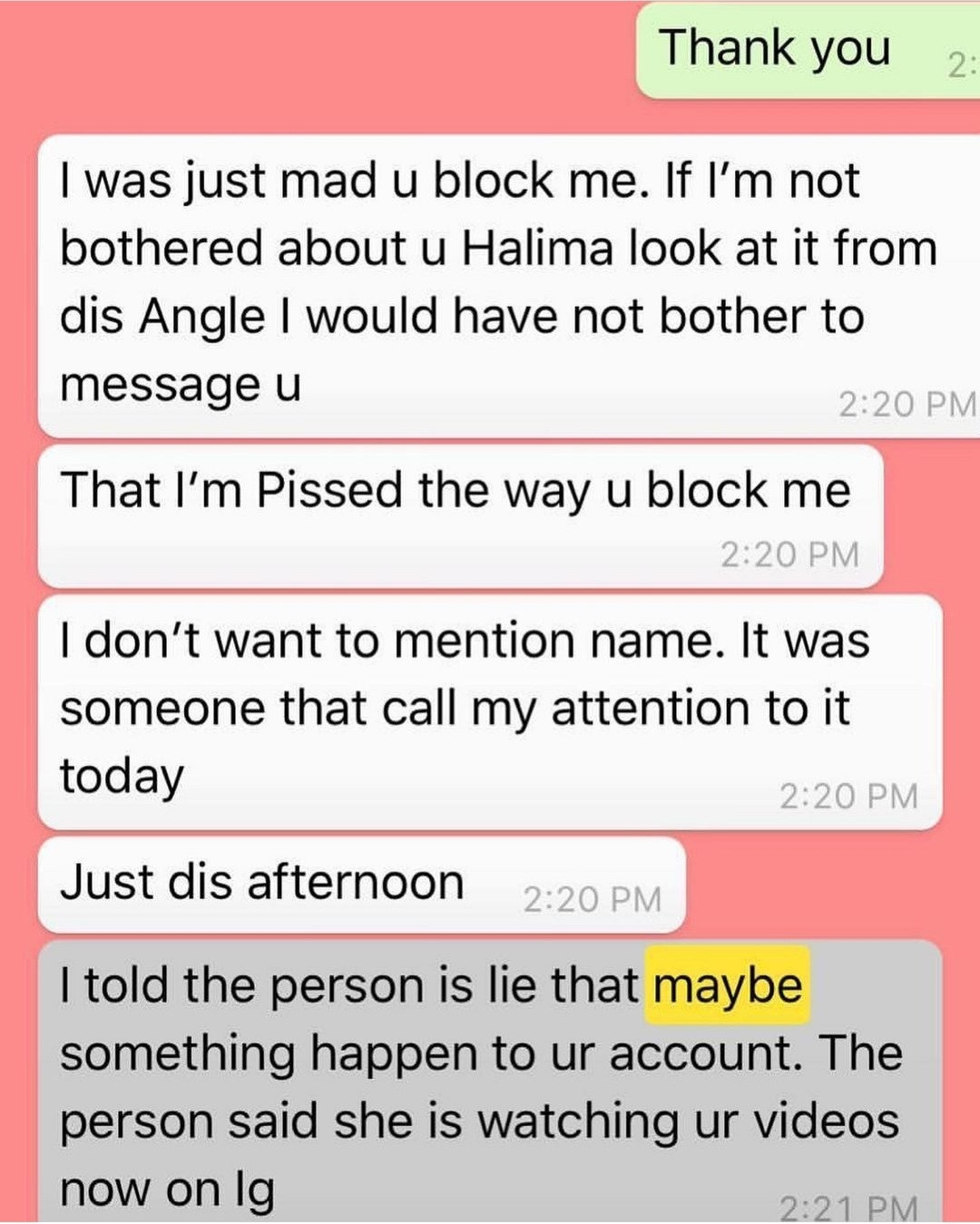 I was depressed
I was violated
I was maltreated over what? 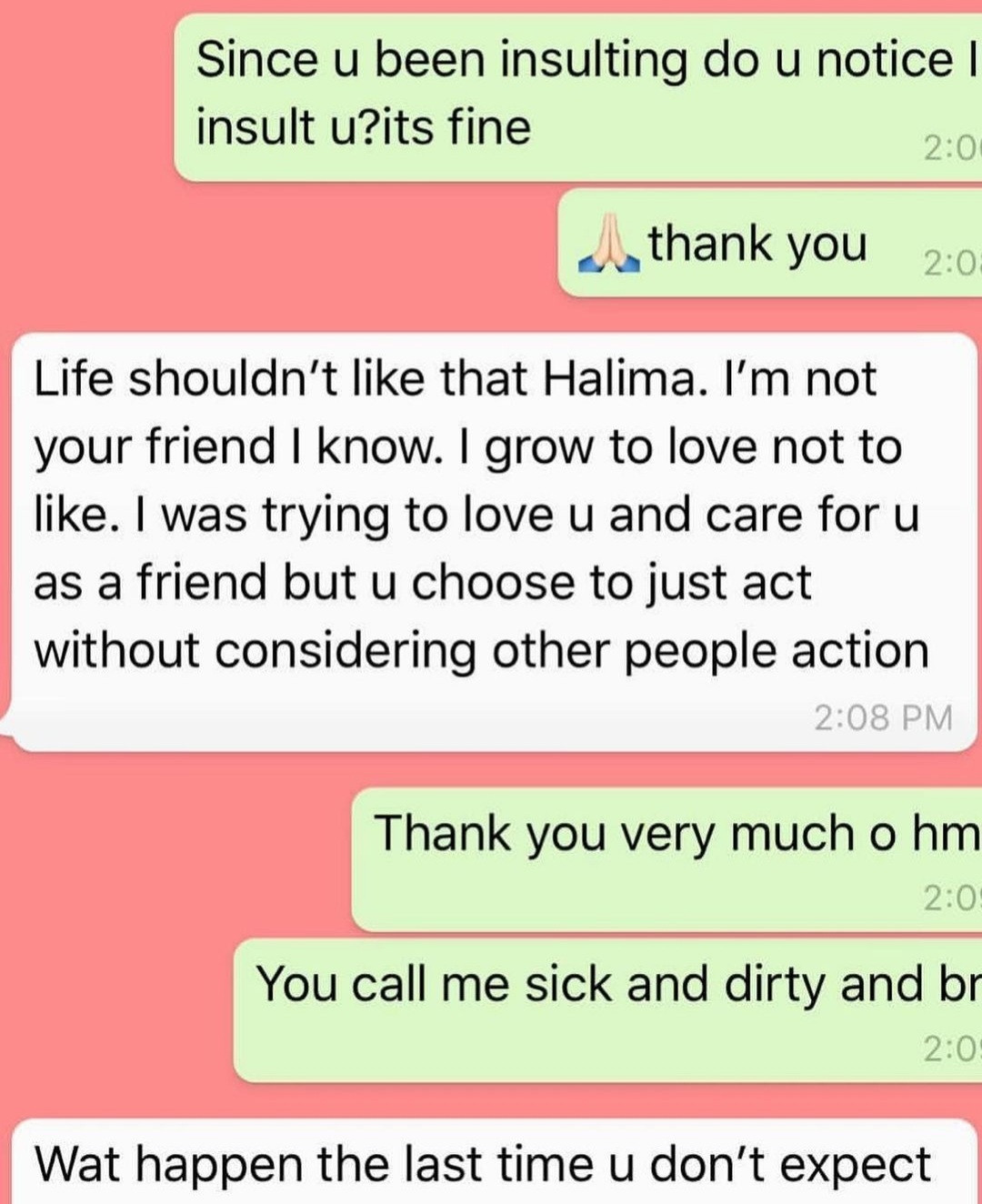 See the chats below.
Angered at being blocked, Bobrisky had sent Halima messages, calling her “dirty” and “broke”. 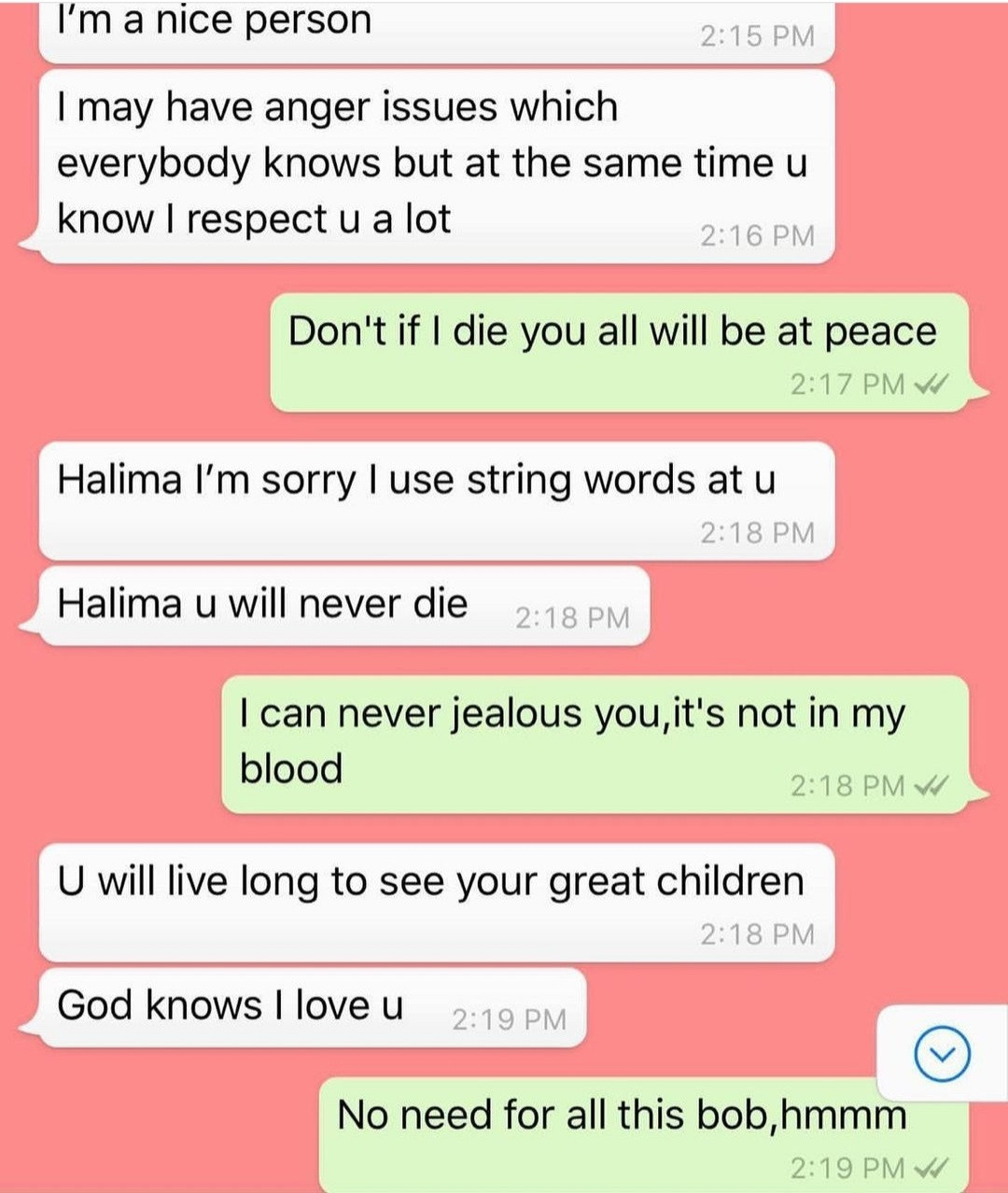 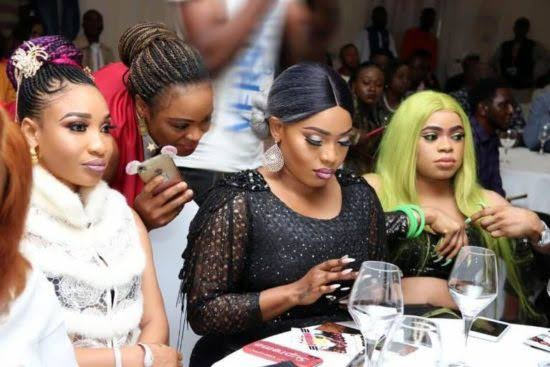 Apparently, Halima Abubakar had blocked Bobrisky on Instagram in 2019 and a “friend” informed Bobrisky of this.