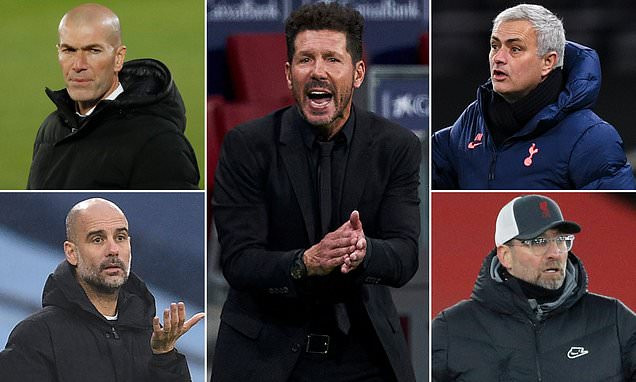 Atletico currently have a four-point lead at the top, with 41 points from 16 games played, and have only lost once so far this campaign. Real Madrid sits in second on 37 points, with two games in hand.

‘His regularity and his power made the difference to win the Award of the Decade 2011-2020.’ In a statement, the IFFHS noted: ‘Simeone realised a great performance with his club Atletico Madrid in this decade: 1 LaLiga title, 1 Copa del Rey, 1 Super Copa Espana, 2 UEFA Europa League titles, 2 UEFA Super Cup titles and 2 times Runner-Up in UEFA Champions League Finals. 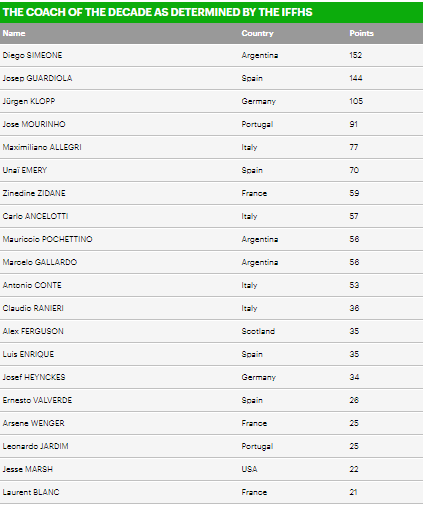 Simeone (152 points) pipped Pep Guardiola (144 points) to the award, with Liverpool boss Jurgen Klopp third on 105 points. The Argentine saw off competition from the likes of Pep Guardiola and Jose Mourinho to be declared Coach of the Decade by the International Federation of Football History and Statistics (IFFHS), which unveiled the 20 best head coaches in club football. Atletico Madrid manager, Diego Simeone has been named Coach of the Decade despite winning just one league title.