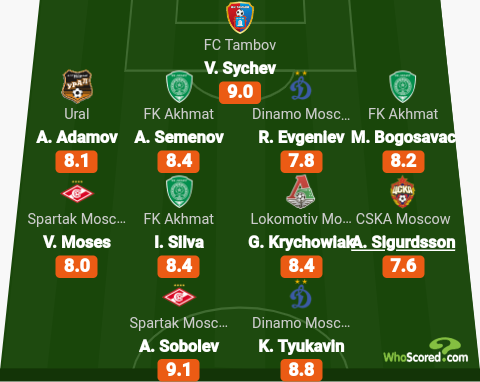 Chelsea-owned right wing-back Victor Moses has been included in the latest Russian Premier League Team of the Week following his great performance over the weekend. The former Nigeria international got on the scoresheet as Spartak Moscow defeated FK Rostov 3-2 and has now been included in the team of the week by top football statistics website Whoscored.
The Spartak Moscow number 8 finished with a passing accuracy of 63.3 percent and made one tackle over the course of ninety minutes.  Against Rostov, no player made more key passes (3), completed more dribbles (2) and had more shots on target (3) than Moses.
Twenty three minutes into the contest vs Rostov, the 2013 Africa Cup of Nations winner carried the ball from halfway to just outside the box and unleashed a powerful shot that went in via a deflection.

In the Team of the Week, Moses was deployed as the right-sided midfielder in a 4-4-2 formation. 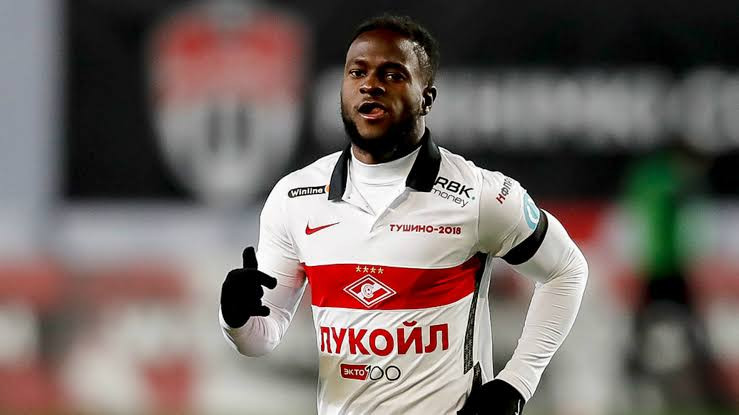 In his last three games in the Russian top-flight, Moses has either scored or provided an assist.