“Chris Cuomo was suspended earlier this week pending further evaluation of new information that came to light about his involvement with his brother’s defense. We retained a respected law firm to conduct the review, and have terminated him, effective immediately.
Producers and other staffers who work on “Cuomo Prime Time” will remain in place. Michael Smerconish, Cuomo’s regular substitute, will host the 9 p.m. Eastern hour next week. CNN’s most-watched anchor, Chris Cuomo has been fired by the network “effective immediately.” Prior to this, it was claimed that CNN management was not aware of his actions which breached the traditional ethics of journalism. CNN was initially suspended Cuomo “indefinitely” on Tuesday November 30, but sacked him on Saturday after a law firm retained by the network submitted its findings on Friday December 3.  Chris was sacked on Saturday December 4, in the wake of revelations he had helped his brother, former New York Governor Andrew Cuomo, while he faced multiple accusations of sexual harassment.  The decision to fire Cuomo leaves CNN with a big hole to fill. While his 9 p.m. program, “Cuomo Prime Time,” was regularly beaten in the ratings by its two main time-slot rivals, Fox News Channel’s Sean Hannity and Rachel Maddow’s “The Rachel Maddow Show,” it is CNN’s most popular program. Michael Smerconish, a popular talk-show host who leads a Saturday-morning program on CNN, is slated to take the reins of the 9 p.m. hour next week, but Zucker, CNN’s leader, will no doubt be working to devise a set of new options for the slot.

Cuomo joined CNN from ABC News in 2013, and was set as a co-anchor of “New Day,” a morning program that executives billed as a counterpart to NBC’s “Today.” As the news cycle grew more frenzied, however, CNN jettisoned the original concept and set Cuomo in front of retooled effort that had him grilling Trump administration officials and newsmakers in segments that often ran so long that the network pushed back commercial breaks to accommodate them.
“While in the process of that review, additional information has come to light,” CNN’s statement added. “Despite the termination, we will investigate as appropriate.”

Reacting to being fired by the network, Chris Cuomo wrote; 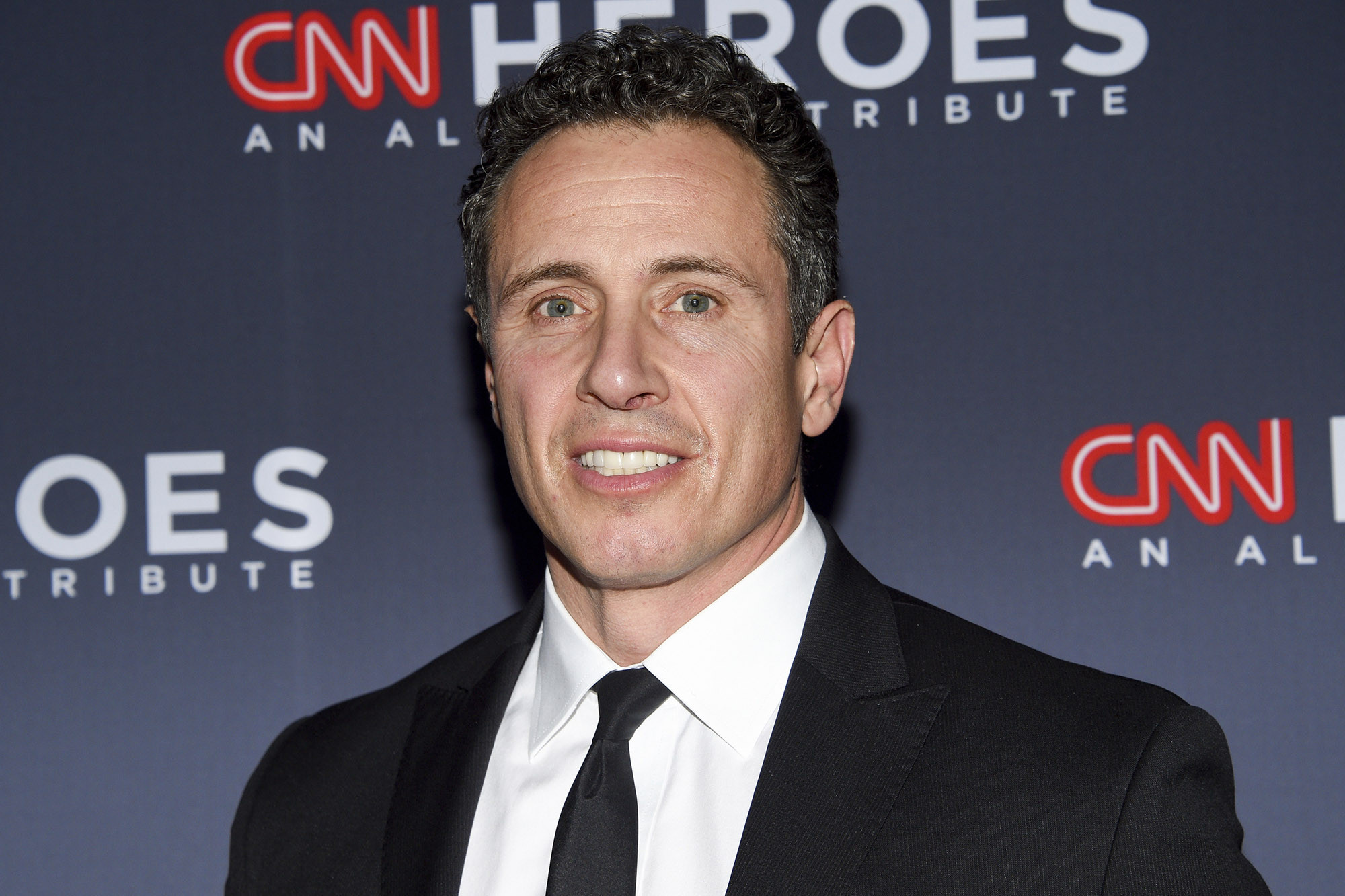 CNN said in a statement:  While the contours of Chris Cuomo’s involvement with the governor’s office were reported several months ago, the specifics were detailed in a massive document dump on Monday November 29. The documents were released by New York Attorney General Letitia James, after an investigation into the governor showed that Chris Cuomo, while working as one of CNN’s top anchors, was also effectively working as an unpaid aide to the governor. “This is not how I want my time at CNN to end but I have already told you why and how I helped my brother. So let me now say as disappointing as this is, I could not be more proud of the team at Cuomo Prime Time and the work we did as CNN’s #1 show in the most competitive time slot. I owe them all and will miss that group of special people who did really important work.” 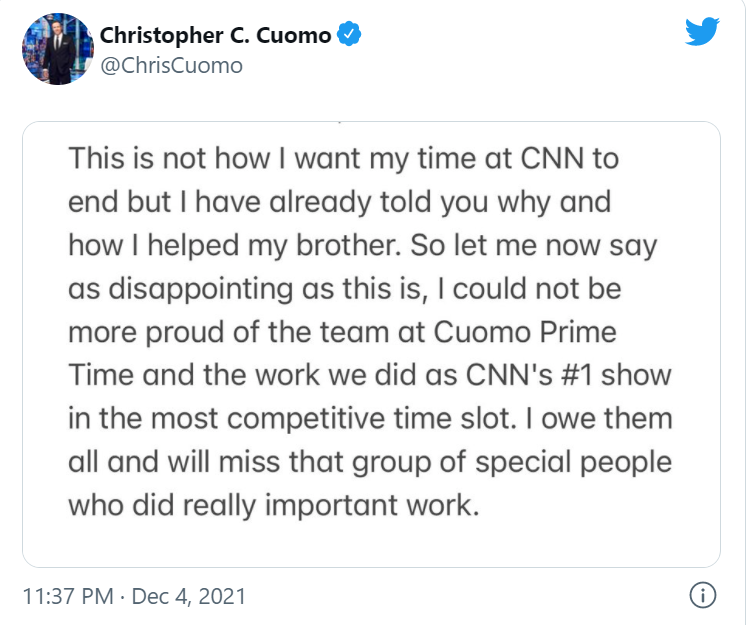 The cozy and improper nature of the relationship was conveyed through text messages obtained by James’ office. The texts between the anchor and several aides and allies of the governor revealed that Chris Cuomo sought to use his connections in the press to help prepare Andrew Cuomo’s team as accusers started to make their stories public. Chris Cuomo’s profile at CNN rose with a sharp-elbowed, lean-in demeanor that he used both in front of the camera and behind it. His broader rise was also emblematic of a new tone the outlet, once seen as a plain-vanilla dispenser of news, took on under Zucker, who became president in 2013. Consider that the slot used for Cuomo’s 9 p.m. show, “Cuomo Prime Time” was once the home to Larry King’s genial celebrity interviews. penetv