The group which labelled itself as an umbrella body for Islamic organisations, scholars and clerics, asked the Christian cleric to apologise or leave the state following his 2020 Christmas Day message which according to them was an insult on Muslims and was capable of triggering religious violence in the country.
He stated that if Muslims in Sokoto responded to Kukah’s alleged incessant provocative attacks on them and their religion, peace could elude the country. “These callous statements are becoming of someone who parades himself a secretary to the National Peace Committee and a member of Nigeria Inter-religious Council. As such, we call on Kukah to immediately stop his malicious vituperation against Islam and Muslims and tender unreserved apology to the Muslim Ummah or else quickly quietly leave the seat of Caliphate, as he is trying to break the age- long peaceful coexistence between the predominantly Muslim population and their Christian guests,” he said. Maishanu said that Kukah accusing Muslims of possessing a character of violence is provocative. He expressed concern that Kukah, who lives in the heart of Sokoto caliphate, can make such a statement because of his perceived ‘hatred’ for Islam and Muslims even when he calls himself apostle of peace. 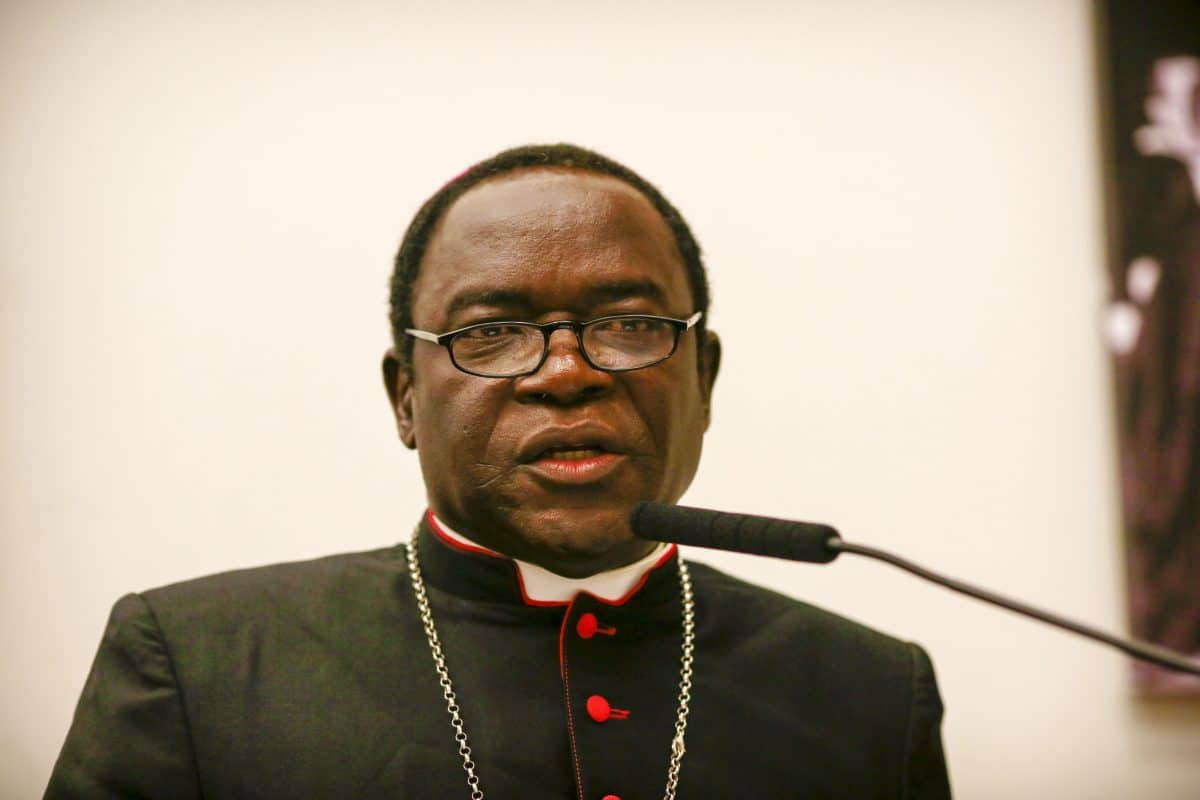 He faulted the message of Kukah in which he said if a fraction of the nepotism committed by Buhari, a Muslim and a Northerner, were committed by “any non-northern president, ” there would have been a coup in the country.” He said the statement was uncharitable and capable of causing violence. Maishanu said Kukah needs to apologise to Islam and Muslims for his alleged attacks on them or quietly vacate Sokoto state.

At a press conference in Sokoto on Tuesday, January 12, the Acting Chairman of the Muslim forum, Sokoto chapter, Prof. Isa Muhammad Maishanu, said the message of the cleric was a direct attack on Islam. Maishanu said this is not the first time Kukah is attacking Islam and Muslims, especially those from the northern part of the country.

Kukah, in his Christmas homily, accused President Buhari of promoting northern hegemony, adding that there could have been a coup if a non-northern Muslim president had done a fraction of what the President has done since he assumed office in 2015. “As part of his antics in February 2020, he shamelessly staged a demonstration in the heart of Sokoto over the killing of a single Christian priest in far away Adamawa State, presumably by the Boko Haram insurgency but did not consider hundreds of Muslim Fulani herders that were mercilessly killed by Christian militias in the neighbouring Taraba State,” Maishanu said

A group of Muslims scholars and clerics under the aegis The Muslim Solidarity Forum has asked the Bishop of Sokoto Catholic Diocese, Bishop Matthew Kukah, to apologise for his alleged “attack” on Islam and Muslims or leave the Caliphate.