“Misnomer has to do with a correction of typographical error, not where a party is substituted. The substitution of a party in the course of proceedings is outside the realm of the concept of misnomer,” the judge said.
Akeredolu was declared the winner of the Oct. 11, 2020 governorship election in the state after polling 292, 830 votes to defeat his closest rival, Mr Eyitayo Jegede of the PDP, who scored 195, 791 votes. An APC governorship candidate, Mrs. Olajumoke Anifowoshe, had filed a suit before the court challenging Akeredolu’s emergence as the party’s governorship flagbearer in the July 20 primary election. He noted that the Governor of Ondo State is not the same as Akeredolu, and that while the former is an office, the later is a human being. The judge held that, although the suit, marked: FHC/ABJ/CS/881/20200, which challenged the outcome of the APC’s governorship primary election held on July 20, 2020 was originally filed on July 26, 2020 (within 14 days after the occurrence of the cause of action), it was wrongly commenced when Anifowoshe chose to sue the Governor of Ondo State as against Akeredolu in person. The judge said the amendment effected by the plaintiff on the originating summons, to substitute the party named as first defendant –  the Governor of Ondo State – with Oluwarotimi Akeredolu, was done on August 13, 2020 outside the 14 days allowed by the Constitution. 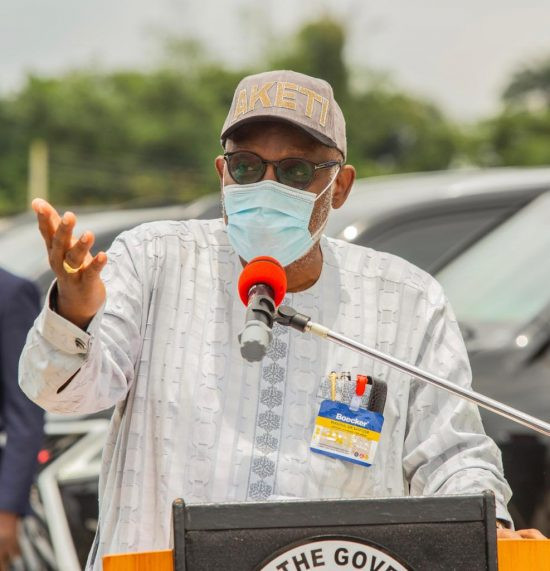 Justice Inyang Ekwo of a Federal High Court in Abuja today January 13 dismissed a suit challenging the emergence of Governor Rotimi Akeredolu of Ondo state as the candidate of the All Progressives Congress (APC) in the last governorship election held in the state.

Delivering judgment in the case today, the presiding judge averred that the circumstances surrounding his emergence was statute barred on the grounds that being a pre-election matter, it was filed outside the 14 days provided in Section 185(9) of the Constitution.

The judge said the amendment of the originating process for the purpose of substituting parties in the course of the suit, would have been in order if it was done by the plaintiff within the 14 days allowed for the commencement of pre-election cases under Section 185(9) of the Constitution. The judge faulted the argument by the plaintiff that the subscription of the Governor of Ondo State with Oluwarotimi Akeredolu (as the first defendant) was a mere misnomer. Justice Ekwo said since the original suit was defective and that the correction/substitution effected by Anifowoshe outside the constitutionally stipulated 14 days can not be regarded as a misnomer. penetv