“What we then did was plead with the court to allow us opportunity with him to produce his call to bar certificate so we will know both NBA and Supreme Court are mistaking and correct that mistake, but we doubt. It is quite unusual that NBA and Supreme Court will not have the name of the lawyer that was called to the bar in Nigeria.”
A High Court in Port Harcourt, Rivers state, has remanded a suspected fake lawyer, Stanley Epini Ejiroghene Adjogbe.  Justice Chinwendu Nwogu ordered the remand of Adjogbe pending outcome of investigations into his case after the suspect failed to convince the court and Nigeria Bar Association (NBA), Port Harcourt branch, of his lawyer status during a court appearance on Wednesday, November 1.  “Based on the petition we wrote to the Commissioner of Police, we suspected he was fake when the matter on a bounced cheque came up for the first time for a plea. He turned to me and asked ‘Counsel, what is the punishment of bounced cheque?'” Oturubio said.  “He now turned to my client and said ‘do what I have said.’ so my client now had to write a petition to the Commissioner of Police, wrote to Nigeria Bar Association (NBA) who said he is not a lawyer who has been called to the bar.”  Ibikiri Otorubio, who cross-examined the suspected fake lawyer in the case of a bounced cheque explained that he had to raise the alarm when he noticed his seeming ignorance on common points of law for someone who claims to be a senior lawyer in practice for a decade. Confirming the incident, Tthe Chairman, NBA Port Harcourt branch, Prince Onyekwere, said, “His name is not found in our database. Of course, every lawyer in Nigeria has an enrollment number and the Supreme Court keeps that list of lawyers and Supreme Court has written that they do not have his name. “I was taken aback that as very senior counsel he claimed to be, he does not know the punishment for bounced cheque. I now told him, “ah, counsel you do not know? It is two years imprisonment.’ 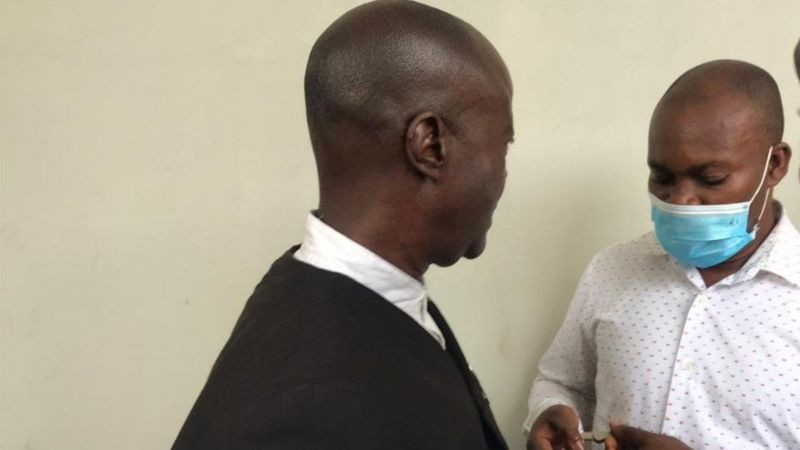 Adjogbe who was remanded to preempt possible disappearance while his trial lasts, has not been able to tell the court and NBA which law school he attended, years after he graduated and got called to the bar… just as he hasn’t proven the University he attended as a law student.