“At the very beginning I was surprised, then I was angry, I felt professionally offended, he showed no respect for our intelligence and our profession,” she said. “I would never expect such a thing in my life.”
A 50-year-old man in Italy tried to pass off a silicone arm as his own at a Covid-19 vaccination clinic in an attempt to get a vaccine certificate without actually getting vaccinated.
“I first felt sorry for the man, thinking that he had a prosthesis and wondering if I had somehow forced him to give me the wrong arm,” Bua said.

The President of the Piedmont regional government, Alberto Cirio, said the incident was “an offense to the region’s health system, that is among the first in Italy for vaccination capacity and for booster doses.”

After inspecting the area of the arm, she said she realized that the arm was fake, made of silicone.


Under the new measure, only those with full vaccination or proof of recovery from coronavirus are allowed entrance to such venues. 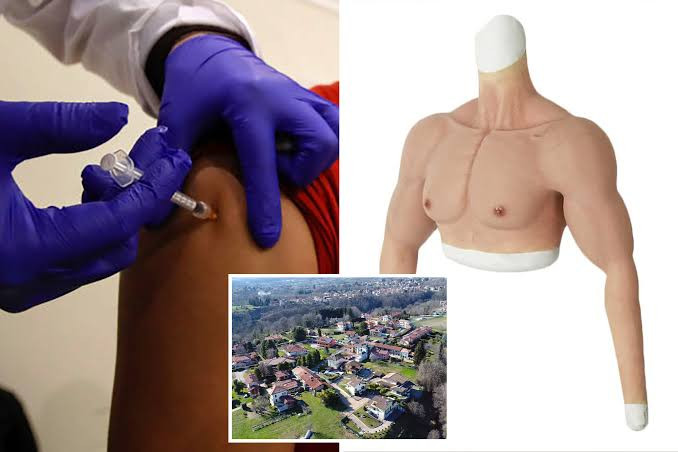 
The Piedmont regional government condemned the man’s attempt to cheat the system.

“The color of the skin was anomalous, much lighter compared to the hands or the face of the patient,” Bua said to CNN.


“The case could be classified as ‘ridiculous,’ except that we are talking about a gesture of enormous gravity, unacceptable for the sacrifice that the whole community is paying for the pandemic,” a joint communiqué from the Piedmont region’s President and health councilor reads.

The cunning act was spotted by a nurse, Filippa Bua, as she was about to administer the vaccine in Biella, Piedmont on Thursday, December 2.
Bua, who has been a nurse since 1987 and has administered thousands of jabs, said the man’s admittance of deception brought about a range of emotions for her.

“But then he admitted he was wearing the fake arm on purpose to avoid getting the vaccine!” penetv