According to one of the protesters, Victor Daniel, the traffic warden was scared and wanted to run for his life after he saw the crowd approaching him. However after they stopped and explained that he had nothing to fear about, they went on to give him drinks, food, fruits, groundnuts, contributed money for him, took selfies with him and also encouraged him. 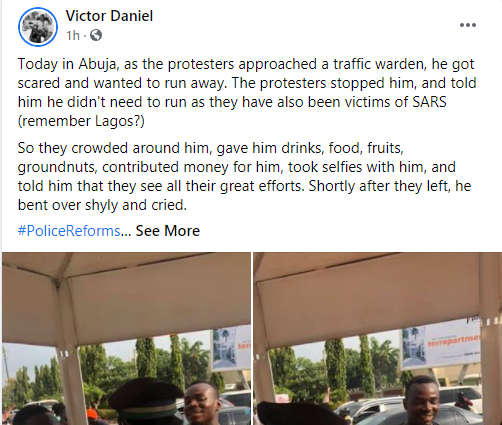 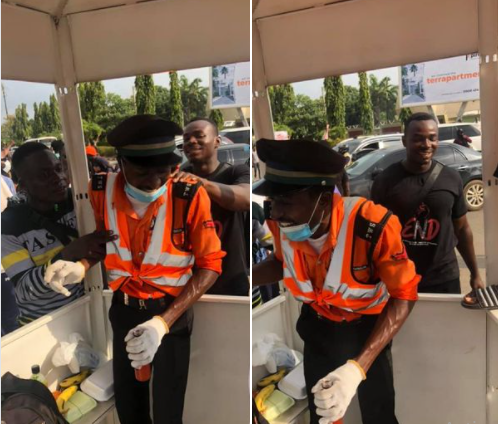 He wrote;   #EndSARS protesters have narrated how he their act of kindness moved an Abuja traffic warden to tears.

So they crowded around him, gave him drinks, food, fruits, groundnuts, contributed money for him, took selfies with him, and told him that they see all their great efforts. Shortly after they left, he bent over shyly and cried.
Today in Abuja, as the protesters approached a traffic warden, he got scared and wanted to run away. The protesters stopped him, and told him he didn’t need to run as they have also been victims of SARS (remember Lagos?)

The Facebook user further revealed that shortly after the protesters left, the man bent over shyly and cried.