The government gave the invite during a press conference held at the state house, Alausa, Ikeja today November 30. The governor said it will signal a new beginning towards the rebuilding of the state.
Just as we have established a mechanism to compensate all those who lost homes, businesses, and livelihoods to the violent destruction of October 2020, we shall also establish a detailed procedure for the just compensation of citizens with verified claims of police brutality committed during the protests.”he said “It is a testimony to our strength and resilience as a people that, despite the huge losses incurred because of these terrible incidents, we have bounced back, with our economy as vibrant and virile as ever. I have no doubt whatsoever that our prospects are as bright as ever and the best lies ahead of Lagos State and Nigeria.” governor Sanwo-Olu said 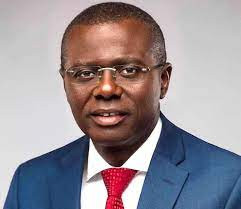 Sanwo-Olu also said the government is seeking ways to improve security in the state, adding that his administration is focused on establishing measures that will guarantee the safety of lives and property.
We will also improve the coordination between the state government and the security agencies, including the police and the military. In this vein, we are studying how to improve security policy formulation, information sharing, and clarifying rules of engagement in times of social unrest.

The governor said his administration will ensure the provision of a safe platform, through the ministry of justice, where young people can register complaints that border on human rights violations. The governor of Lagos, Babajide Sanwo-Olu, has called on some notable youths to attend a peace walk to herald the healing of the state following the Lekki tollgate shooting incident.

“We will make it easier for our young people to initiate formal complaints on human rights violations through the Ministry of Justice,” he said.
Sanwo-Olu specifically invited Folarin Falana, the entertainer better known as Falz; Skit maker, Debo Adebayo, popularly known as Mr Marcaroni; Dele Farotimi, an activist and lawyer; Temitope Majekodunmi, Segun Awosanya, Singer, Seun Kuti, among others, to join him in the “historic march for our dear Lagos”.
“Nobody will build this city for us. Let us show the world who we are. We are Lagosians. A people of great renown, driven by the irrepressible spirit of Lagos,” he said.