Here’s when they realized their mtg was being broadcast to the public.
“It is our responsibility to model the conduct that we expect of our students and staff, and it is our obligation to build confidence in District leadership; our comments failed you in both regards, and for this we offer our sincerest apology.

Ms Beede then swore while joking about attacking one parent who had criticised her online – but not before asking “are we alone?” and erroneously being told they were.

“They want to pick on us because they want their babysitters back,” one member said about parents during the meeting on Friday last week.

The board members then criticised parents who wrote comments and complaints online.

The board members however did not know that parents had been joining the public call as it progressed.

Over the weekend, more than 7,000 people signed a petition calling for resignations of all the board members due to “egregious behaviour”.

“Uh-oh,” said board member Kim Beede when she was told, several minutes into the discussion that it was now public. “Uh, oh.” pic.twitter.com/OXbHWq9FMy 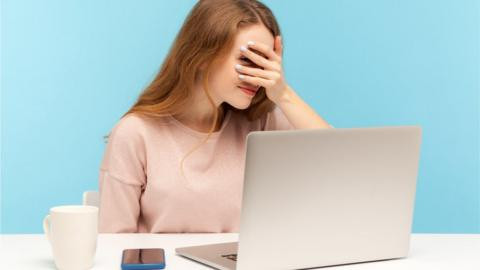 Another member, Richie Masadas, joked that some parents wanted to take drugs while their children were not at home.
An entire California school board on Monday, February 22, resigned after making disparaging remarks about parents in an online meeting that was unknowingly being publicly live-streamed.
“They want to pick on us because they want their babysitters back.”

But an NBC reporter Bigad Shaban tweeted snippets of the video afterwards.

Another board member said that parents wanted their children out of the house so they could take drugs during the day.

“My brother had a delivery service for medical marijuana – his clientele were parents with their kids in school,” he said, to laughter from the others.
“Please do not let our failure in judgement cast a shadow on the exceptional work that our teachers, administrators and hard-working employees are doing,”
1) When officials at the Oakley Union Elem. School district thought they were meeting privately, they used profanity to insult & threaten parents upset by the district’s prolonged school closures.
The board members upon noticing  the call was public then immediately put the call into private status.
“It’s easy to hide behind their screen and put a comment down, but when you’re face-to-face with people, it’s a whole different ball game,” Mr Masadas said.

The board have now released a letter to parents and the school board’s website now lists all positions as vacant, with members of the county board temporarily stepping in to fill the gap.


“We deeply regret the comments that were made in the meeting of the Board of Education earlier this week,” it said.In the clip, School Board President Lisa Brizendine criticized parents who continue to be frustrated by the district’s Covid-related school closures:
Watch the video below.
— Bigad Shaban (@BigadShaban) February 18, 2021