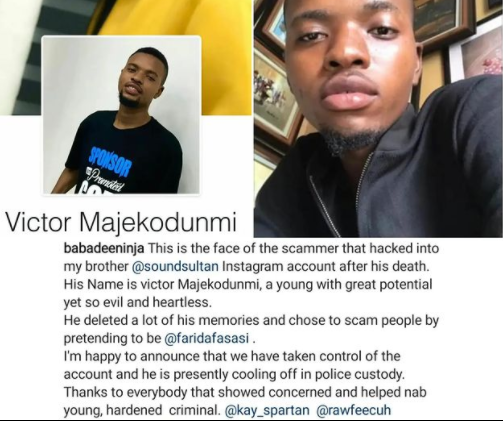 I’m happy to announce that we have taken control of the account and he is presently cooling off in police custody. Thanks to everybody that showed concerned and helped nab young, hardened criminal.
Thanks to my friends at the Nigerian police force, thanks to the Lagos state police commissioner , and special thanks you my special police friend on my page . Good bless you all”
SoundSultan died in July this year.


He deleted a lot of his memories and chose to scam people by pretending to be @faridafasasi . 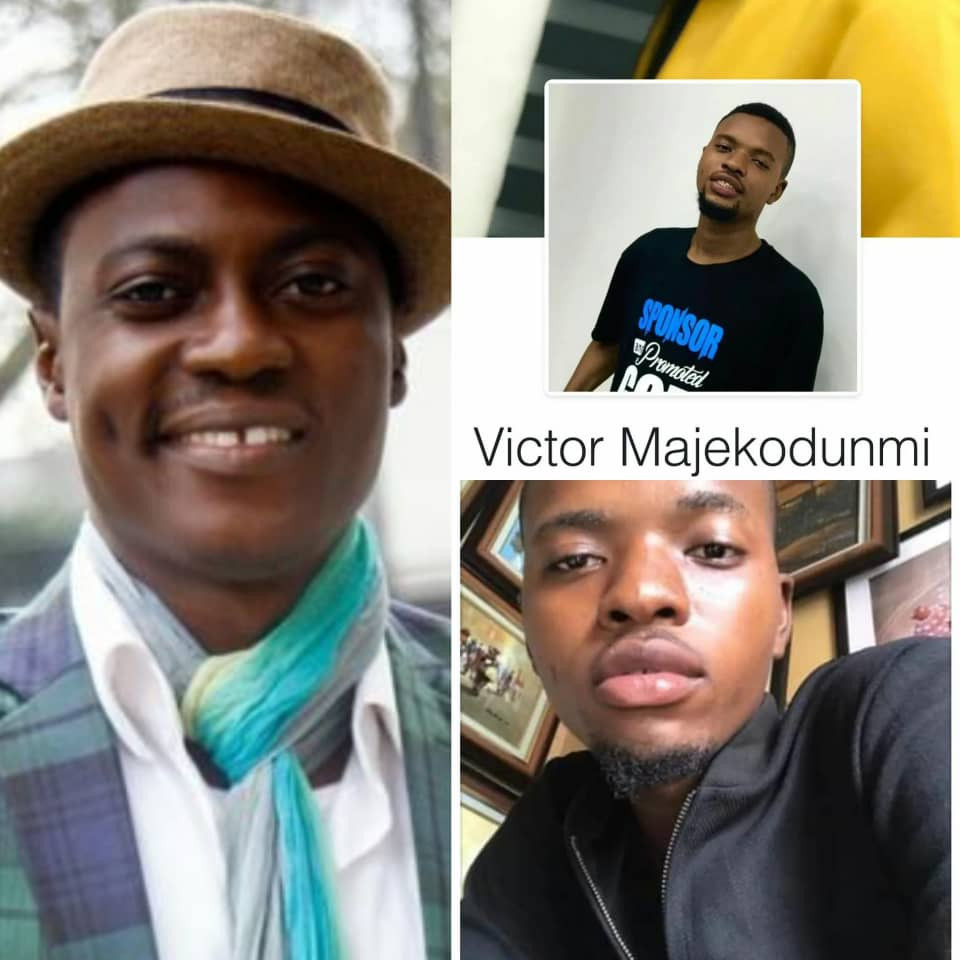 This is the face of the scammer that hacked into my brother @soundsultan Instagram account after his death. His Name is victor Majekodunmi, a young with great potential yet so evil and heartless.
Filmmaker and Soundsultan’s brother, Baba Dee, took to his IG page on Saturday December 4, to expose a man who allegedly hacked into the late singer’s IG account to defraud people

According to Babadee, Victor hacked into the late singer’s account, posing as Farida, the singer’s wife.  He wrote;