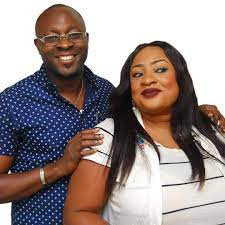 It would be hard for us to do that!Whoever our party is going to be supporting and presenting for the election, is who would be our candidate.So, Foluke and I, have always been on the side of what we believe is the right side of the political divide in Nigeria. We have always been on the side of the progressive political movement in the country. We have always been where Bola Tinubu progressive school of political ideology and movement have been in the country. We haven’t worked anywhere else before, since we’ve been involved in politics in Nigeria. We have always been where the intrest of Bola Tinubu political inclinations lie since 1999.However, Foluke hasn’t ever done PDP before or operate in any other party, but historically the ruling party in Lagos, where she is based and runs her things. That is also the same way it is with me.You are free to hate who you hate, and I should be free to love, who I love, and be able to show it in democracy. We are all entitled to our choices and the reasons for those choices.On another note, you cannot continue to blame Bola Tinubu for the fallout of the Lekki toll gate massacre of Tuesday, October 20, 2020 in Nigeria. The fact remains that, he is not the commander of the Nigerian military or that of the grand commander of the federal republic of Nigeria. Or, neither am I aware he was yet officially indicted in the report, submitted by the panel of enquiry set up by the Lagos State government to investigate the incidents of the period of the EndSARS protests.