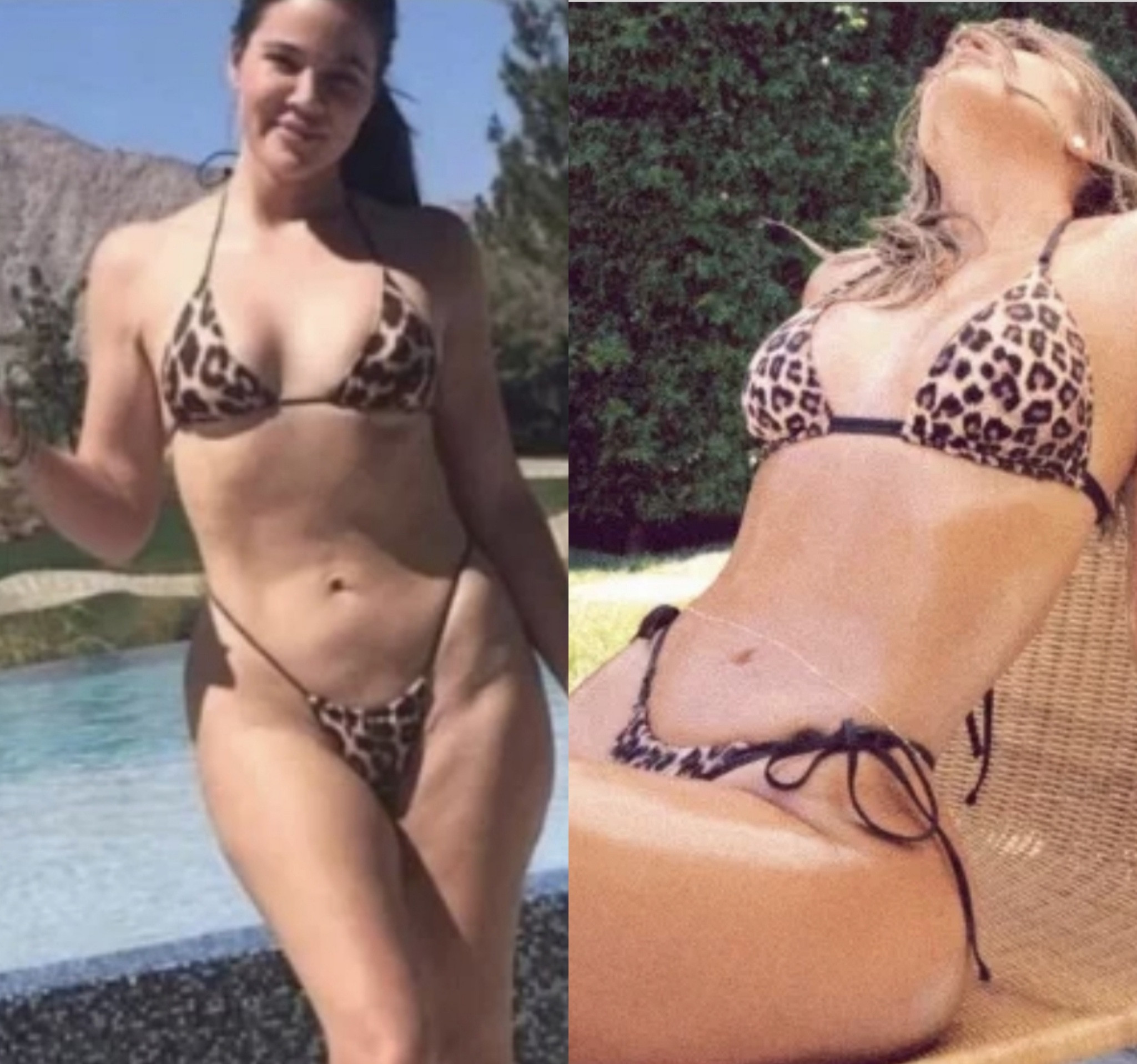 In the unedited snap, her waistline appears less defined, her curves less dramatic and her skin not as impossibly smooth as it looks in her carefully staged glossy fashion shoots.

One critic tweeted: “Khloe kardashian spending her easter trying to erase unedited pics of herself from the internet – she’s so pathetic.”

Another posted: “HEY it’s 2021 let’s finally hold the kardashians accountable.
Her team called the photo “beautiful,” but explained they wanted it gone because it was not authorized.
Holding her phone in one hand, she flashes a smile while posing at what looks like her mother Kris Jenner’s desert compound in La Quinta, California Reality TV star, Khloe Kardashian’s unedited bikini photo has been leaked on the internet. Another Twitter user wrote;” Khloe you got to own this photo. This is your body and it’s gorge. Don’t set an example that this body is bad to all your young fans”

Soon after it leaked on various forums online, members of the Kardashian PR team reported the posts as copyright infringement, due to the photo being posted without permission. Fans have now accused the reality star of being ‘fake’ and editing her photos and reports say Khloe’s team is “desperate to scrub the unedited bikini pic from the internet”  Copies of the photo have been taken down under “legal threats” from the Kardashians’ team, according to Page Six. Tracy Romulus, chief marketing officer for KKW Brands, said in a statement: “The color edited photo was taken of Khloé during a private family gathering and posted to social media without permission by mistake by an assistant. In two other photos she shared, she has more defined hip curves and also a more flawless skin compared to the unedited one.

“Khloé looks beautiful but it is within the right of the copyright owner to not want an image not intended to be published taken down.”

She recently shared a photo wearing the same bikini on her Instagram and the difference is clear for all to see.
It’s unclear how the photo originally leaked online. There is some speculation on Reddit that it was Kris Jenner’s mom MJ that posted it on her ‘finsta’ which is the term used for a ‘fake Instagram’ created by users to share more candid snaps with only with their closest friends and family. However, screenshots of a Instagram conversation show Romulus contacting one poster and claiming the image of Khloe was ‘stolen and doctored and originated from a fake IG account.’
The photo which was posted on Reddit shows Khloe, 36, looking fresh-faced while posing in a leopard-print bikini by the pool. penetv