Nigeria is an interesting country. This man’s job is to arrest people who do this exact thing he is doing here but here he is, on his way to uphold the law somewhere by arresting fellow lawbreakers. Normal anomaly. 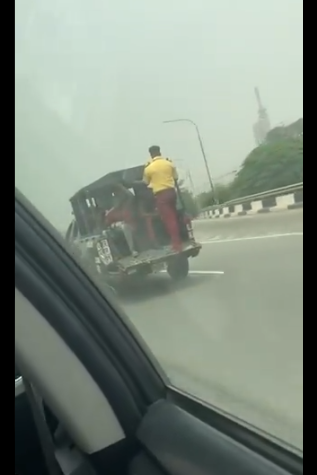 An unidentified official of the Lagos State Traffic Management Authority (LASTMA) has been called out for standing at the back of a moving truck.  Omojuwa also tweeted;

In the video shared on Twitter by media personality JJ Omojuwa, a man was heard complaining about the LASTMA official “conveniently breaking the law”.