“Top NFF sources tell me there is no severance package in Gernot Rohr’s contract. The federation is only obliged to pay him the remainder of his remuneration and that is what they are working on at the moment,” Udoh tweeted. 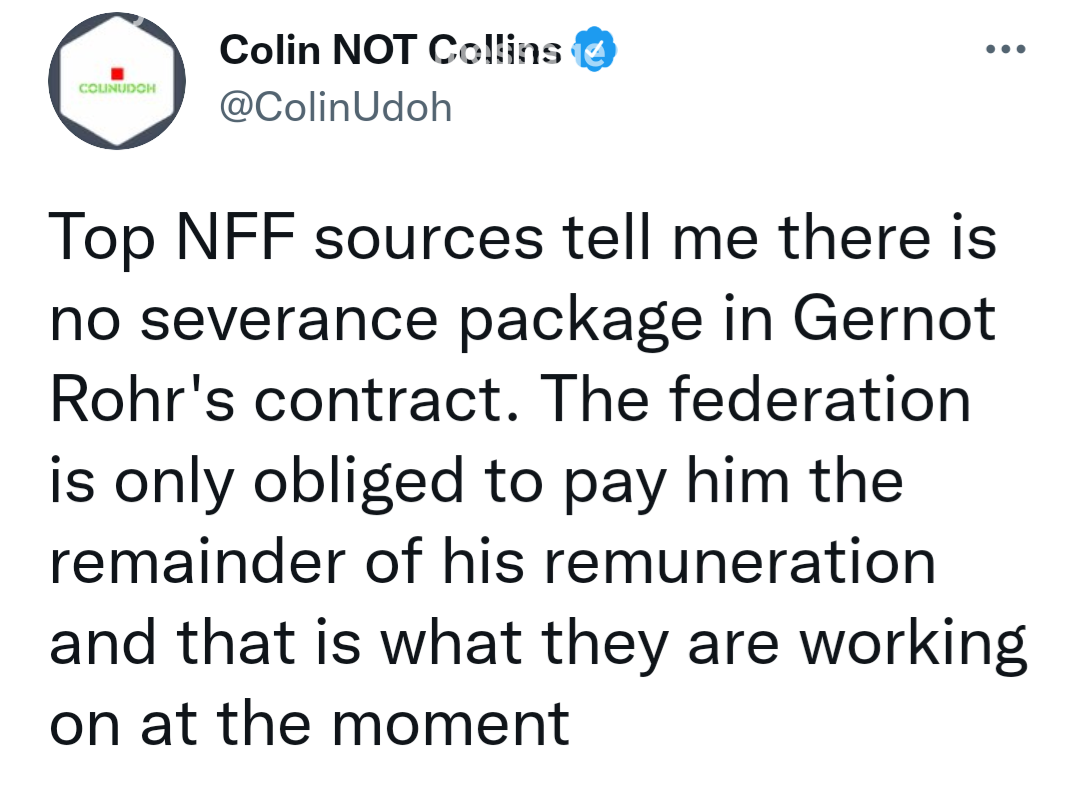 However, the 68-year-old tactician is on the brink of getting sacked as the Super Eagles have regressed under him in the last 12 months.

Rohr’s current contract as the Super Eagles coach ends at the end of next year after signing a new two-year deal last year. 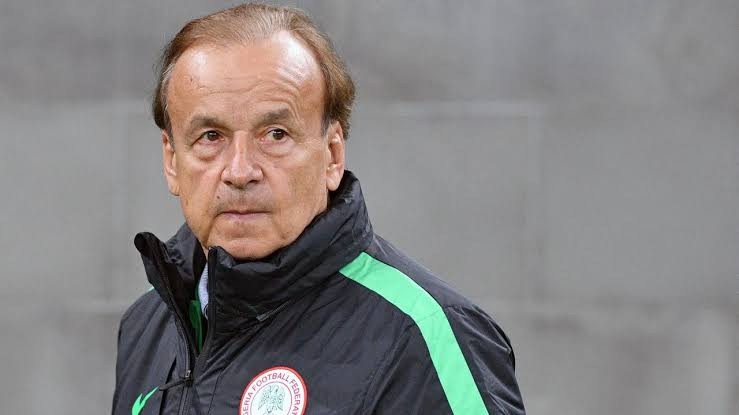 According to Udoh, the NFF will only pay Rohr his wages for the remainder of his current contract with no severance package. The Nigeria Football Federation will reportedly not pay Super Eagles coach, Gernot Rohr, severance package as both parties are set to end their partnership barely 40 days to the start of AFCON 2022.

Previous reports say the NFF will have to pay Rohr a severance package if he is sacked but ESPN journalist and former Super Eagles media officer, Colin Udoh has now denied the reports.

Fans have complained about Rohr’s tactics with the team saying the Super Eagles play poor football.