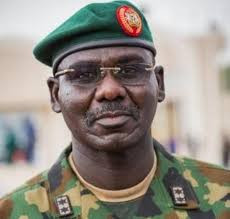 This is contained in a statement titled, ‘Nigerian army sets to commence exercise Crocodile Smile VI nationwide’, which was signed by Acting Director Army Public Relations, Sagir Musa, and released today October 17. The Crocodile Smile VI is coming amidst nationwide protests against police brutality, extortion, and extrajudicial killings.  “The Nigerian Army, once again, reassures all well-meaning Nigerians of its commitment to the sustenance of peace and security in Nigeria and urges members of the public for their support and understanding throughout the period of the exercise.”
“The Nigerian Army is set to start its annual Exercise CROCODILE SMILE which is traditionally conducted in the last quarter of the year. This year’s Exercise CROCODILE SMILE VI is scheduled to commence from the 20th of October to the 31st of December 2020.

The Nigerian Army says beginning from October 20, it will commence a programme tagged ‘Exercise Crocodile Smile VI’ aimed at helping to enhance the safety and security of the country.