The Governors also sympathised with the people of the State and families of those who died in the unfortunate incident. 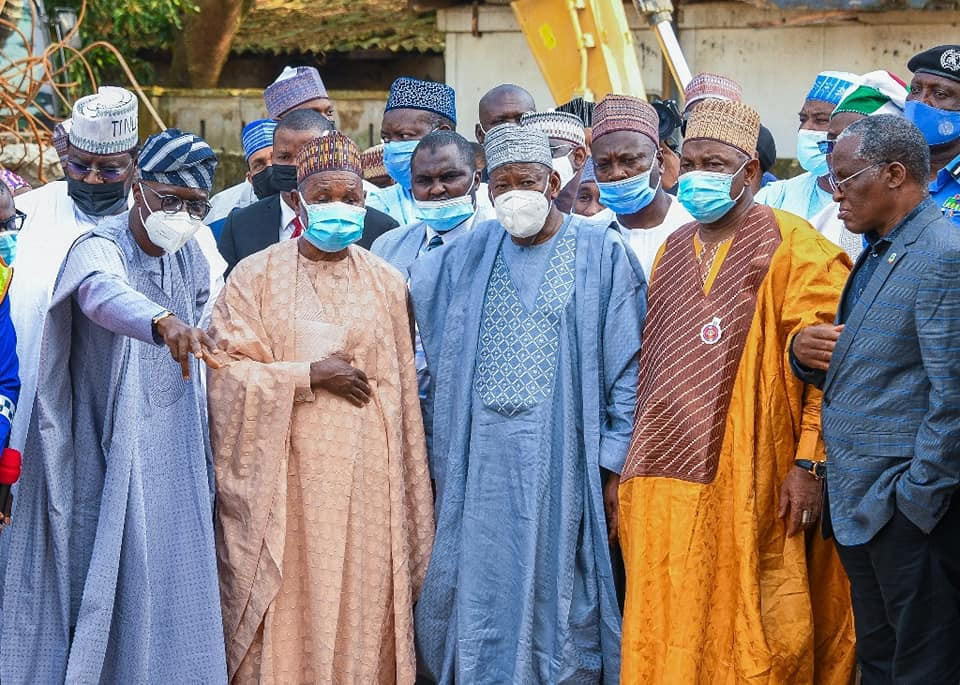 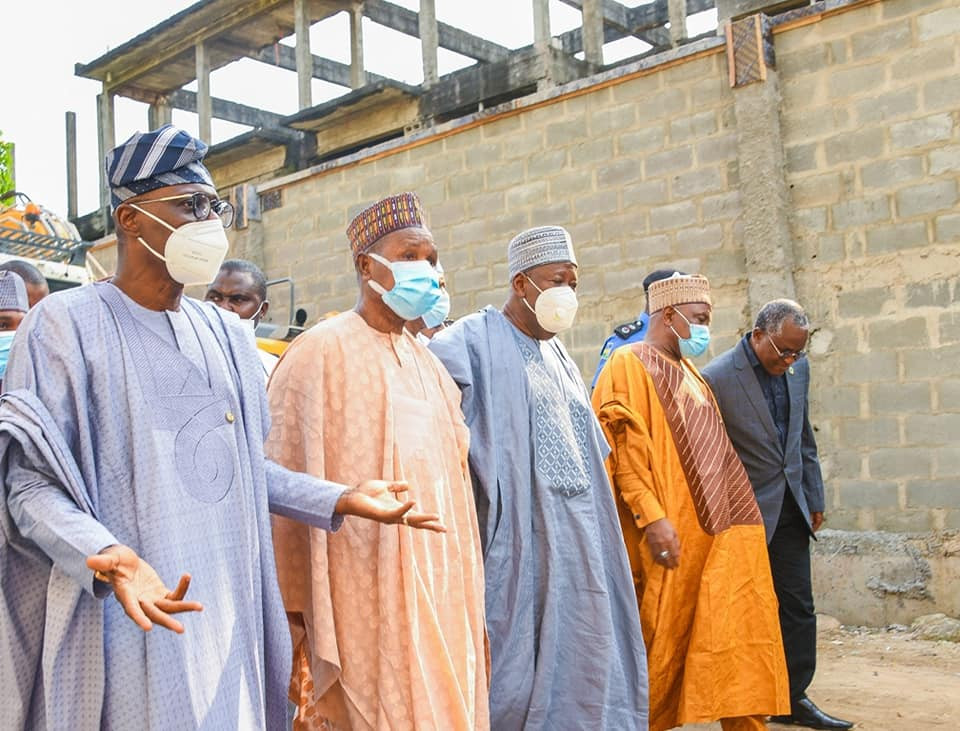 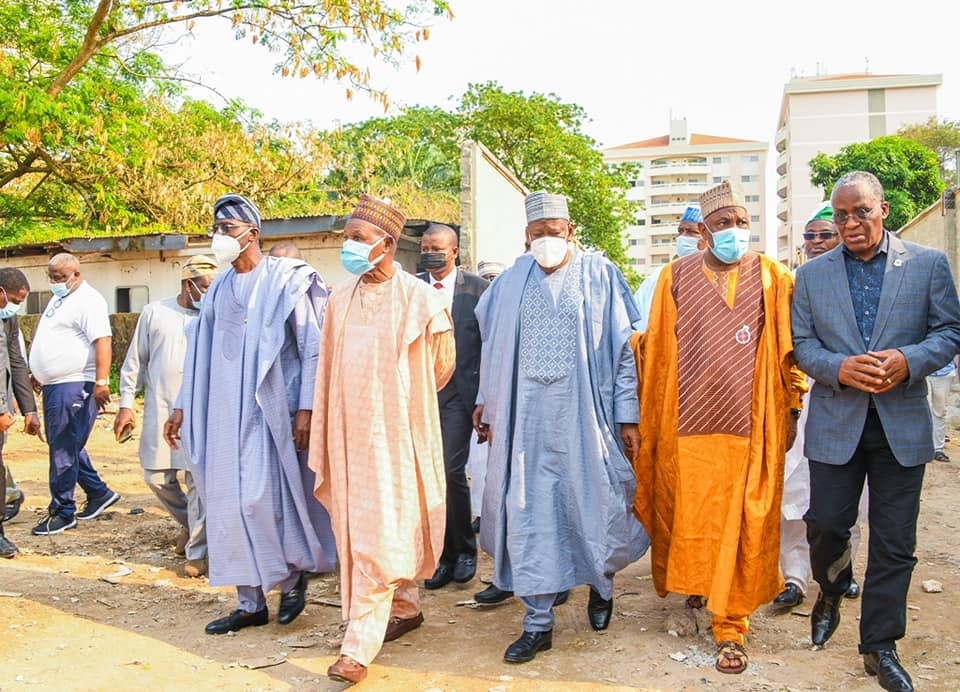 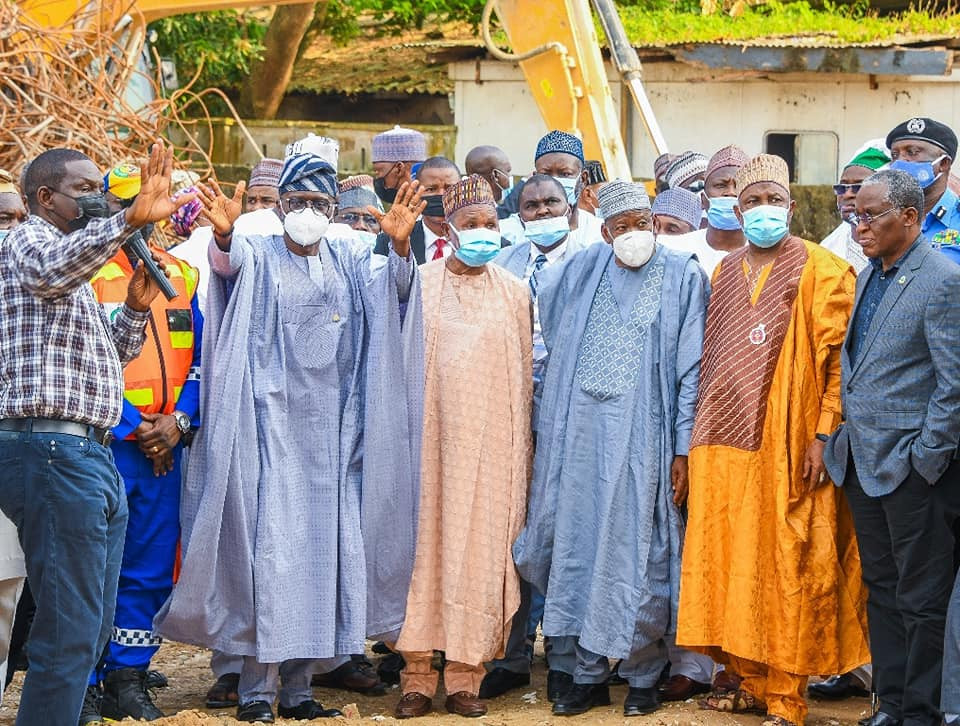 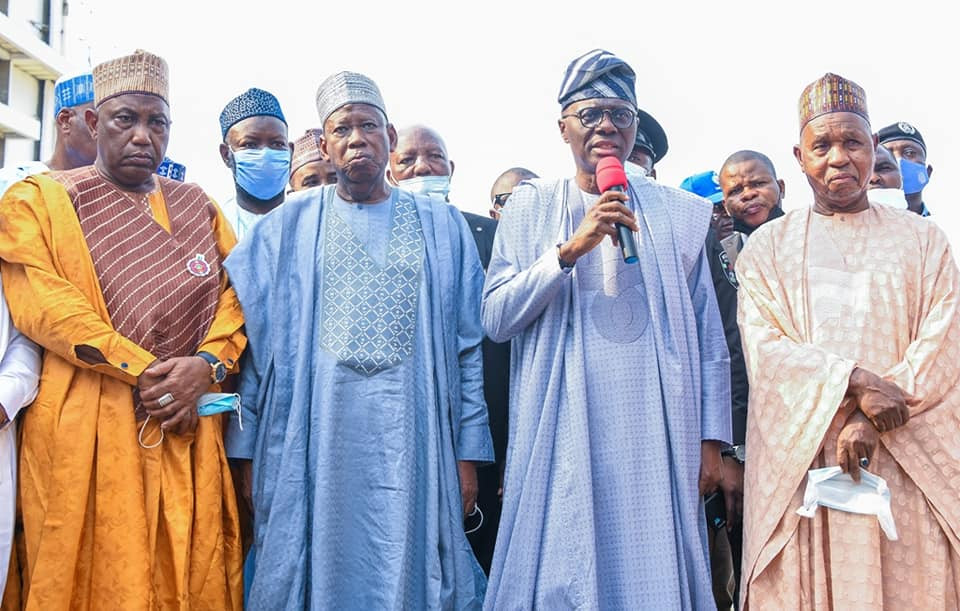 “We are here representing governors of North West to physically come to condole with his Excellency, the Governor of Lagos State, families of the deceased and the entire Lagos community on the unfortunate incident that has happened,” he said.  “We are here to condole with the people and the government of Lagos State and in particular, condole with families of those who lost their lives and sympathise with them on the very unfortunate situation,” Ganduje said.  “We have had various degrees of tribulations and very difficult moments for us as a state and there have been lessons learnt. We are all aware of the investigation into the collapsed building. Responding, Governor Sanwo-Olu appreciated the North-West governors for commiserating with the government and people of Lagos State over the Ikoyi collapsed building. North-West governors on Wednesday November 24, paid a condolence visit to Governor Babajide Sanwo-Olu over the Gerrard Road, Ikoyi building collapse, which killed over forty persons few weeks ago. Speaking during the visit to the Collapsed Building, Masari, who was accompanied by Governors Ganduje and Sanwo-Olu, said they are happy that the Governor of Lagos State has instituted a tribunal of inquiry to unravel issues surrounding the collapsed building. The North-West Governors Forum represented by its chairman and Kastina State Governor, Rt. Hon. Aminu Bello Masari and his Kano State counterpart, Dr. Abdullahi Ganduje, commended Governor Sanwo-Olu for setting up a Tribunal of Inquiry into the collapsed building. It would be recalled that a 21-storey building, still under construction, collapsed on Monday, November 1 at Gerrard Road, Ikoyi. Fifteen people survived while 45 people died in the unfortunate incident. 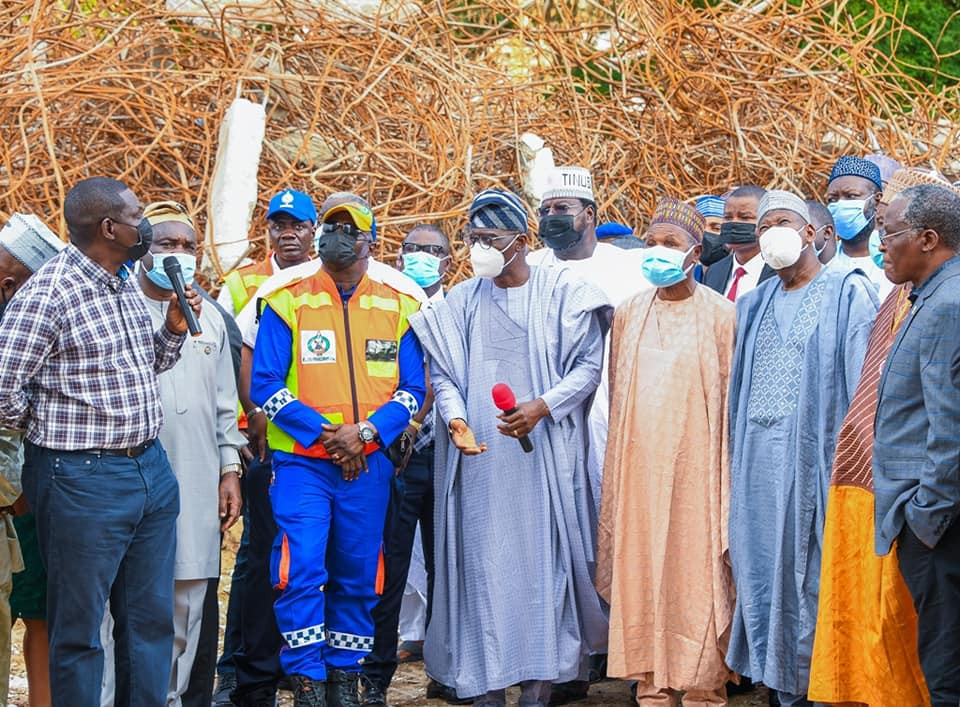 “It gladdens me to know that while Lagos is grieving, we are not alone. That is why I am excited and happy that some of my senior colleagues and brothers have come here to express solidarity and to also sympathise with the government and people of Lagos State.” Governor Ganduje also commended Governor Sanwo-Olu for taking immediate action to show concern during the collapsed building. “We pray to God that this kind of thing will not happen again. On behalf of the people of North West, accept our sincere condolences and sympathy. We cannot escape high rise buildings in Lagos but we must ensure that it does not cost lives and properties of people. We are happy that the Governor of Lagos State has instituted an inquiry tribunal that will unravel what happened here.” “Lagos is a mega city. Comparing it to other megacities in the world and considering the circumstances of Lagos due to lack of adequate land for development, increase in population and high density, the issue of building high rise is absolutely necessary and cannot be avoided. But it is unfortunate that we have found ourselves in what happened. “We are happy that the governor has taken immediate action to show concern about what happened. We are also happy that he appointed an independent technical panel that will examine and find out what actually happened in order to avoid future occurrences. We appreciate Governor Sanwo-Olu’s effort and condole with him and the people of Lagos state, particularly the families of those who lost their lives.” penetv