The Coalition of Northern groups has explained why it recently called for President Buhari to resist calls to release arrested Indigenous People of Biafra (IPOB) leader, Nnamdi Kanu.
Talking about the possibility of an Igbo president, Suleiman added;
” We have been having the herdsmen issue for a long time and we said that we have no quarrel with states, wherever they are, punishing criminals. But they don’t have the right to give that crime a religious or regional coloration and identity. For instance, if we catch an armed robber here, must we say Igbo armed robber? Must we say Yoruba armed robber? An armed robber whether he is Igbo, whether he is Hausa or Yoruba, he is armed robber. They have their own class. If that man who is rearing cattle in Oyo becomes a criminal, he is a criminal. You don’t have to say Fulani criminal. By the time you give it or you dress crime in the grab of religion or region, you are protecting the criminal. Because if you say Fulani, we’ll say no.
“First and foremost, let me look at this question from two different perspectives. And this would justify what I have told you about the North. We heard that some Boko Haram militants were being pardoned and given amnesty. I think it was government decision, but I can tell you that a large population of Northerners is against that decision.We have made several statements rejecting that policy. It is not in our interest. You can see that we challenged it so that people would not just say that we are only challenging things from the South.”
Like I had said in this interview, these elders shouldn’t have gone openly to seek for the release of Kanu. You see you have to get the confidence of other regions – You see the North will be comfortable with a South Western President or a Niger Delta president, but even the South West will not be comfortable with an Igbo President.” ” We waited for the court to do its work. I can cite an example of Al -Mustapha. He was clamped down in jail for several years and nobody protested his being in custody apart from some small, small boys .Maybe they were sponsored by his wife- until the court discharged him. You can see the case of Dazuki, nobody protested and he is a son of the Sultan, no single emir went to plead for his release until the court released him. Look at El – Zazzaky, when he was arrested, even his neighbours were jubilating in Zaria. You can now see the difference.”
“People honestly don’t trust that a South East President would keep Nigeria united. People have that fear and that is what is the political class is exploiting. That fear that is sinking that if this people come to power, they would divide Nigeria. It may not be true, but the political class is exploiting that. And the leaders of the South-East are not helping matters.”
Now, spokesman of the Coalition of Northern Groups, Abdulaziz Suleiman has given reasons why the group is opposed to any political solution to the trial of Nnamdi Kanu.

The Coalition of Northern Groups recently issued a quick notice to Igbo residents in the north and warned the president that the blood of northerners will be on his hands if Nnamdi Kanu is released. 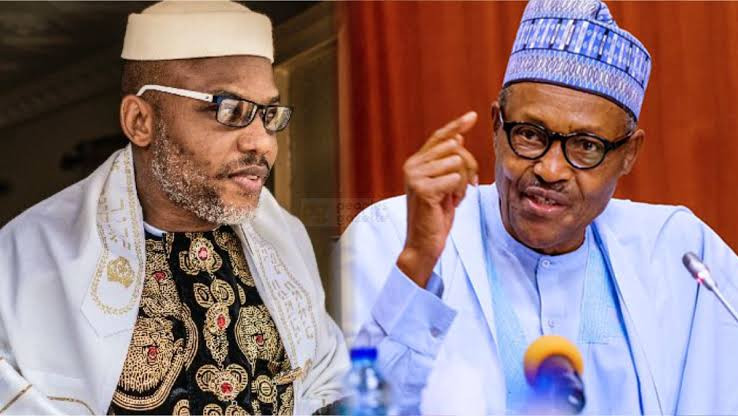 “The North was looking at it as a problem brought about by the South , that was how Boko Haram came about and gained ground because we did not approach it as a national issue. Now, national issues such as people committing crimes against the state are things that should be approached with a sense of nationality- not regionalism, not religion.  If you look at the way we see it, a lot of people in the North, a lot of heavy weights from the North have been detained and arrested and arraigned and nobody asked for their release.”
” Nobody in the North will be angry if the Shekau is arrested and paraded on the street. Nobody will say he is angry. Today, these bandits were being fought and killed and we are happy. Now, if you contrast that with the way people in the South-East are behaving over the Kanu issue, you ll find discrepancies. This is a man, whether it is a lie or whatever it is, the state has arrested him and is prosecuting him already. Now for a high calibre deliberation like that to go and plead with the President for him to be released unconditionally is suspicious. That is why we have been trying to put it in the public domain that they shouldn’t have done that. The least they could have done is to ask the government to accelerate his trial. That is just the least.  If we continue along this line, then it means that Nigeria would be drawn apart. If we can regionalize crimes, then it is unfortunate.”
“For example, when Boko – Haram started, even the people of Yobe State were under the impression that it was just a Borno problem. That was how it escalated. Even the people of Yobe State did not consider it a regional problem, or its neighbour’s problem, not to talk of the people from the South. So they thought it was a northern problem.” 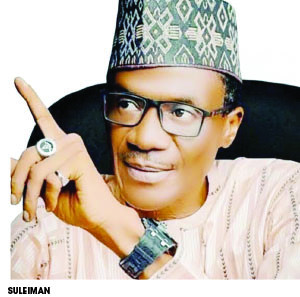 ” Now secondly, the issue of Niger Delta militant and even that of Boko haram, the ones that have been given amnesty, they surrendered! They laid down their arms and gave in.  Even the amnesty given to the Niger Delta militants, I think the directive was “if you surrender and give in your arms…” But in this case, these elders should have spoken to the IPOB first, let them agree to lay down their arms first. I think what happened in the Niger was not that they arrested Tompolo.”
Asked why the group is against a political solution for Kanu and IPOB when the Federal government has pardoned Niger Delta militants and BOko Haram members, Suleiman said;
“We are not really protesting. We are trying to put things in their proper perspective. If you look at Nigeria, the problems we are having today is that we read ethnicity and religious differences into everything, which is why we have failed to see our problems as national problems up till this moment.” He said to Sunnewsonlime.
He also told the Igbos to forget the  Presidency of Nigeria , saying that recent activities of Nnamdi Kanu and IPOB has stripped the region of the confidence of the rest of Nigerians that they would not divide Nigeria if and when they come to power.
” Tompolo was right in the creeks fighting and they said okay “Come out of that creek, lets talk.” In this case, up till this moment, IPOB is in the middle of the battle, battling the state. Sheik Gumi only recently suggested reconciliation with these bandits. The same people now asking for Kanu’s release said that he should be arrested as a bandit, be arrested as a sponsor of the bandits.”

“You see, there might have been some justifications in the past. But even at that time, what stood on their way was that some sections of the country had lost trust that an Igbo president would maintain the unity of Nigeria. That was even in a mild form. Now with the activities of IPOB, some people believe that they have stripped themselves of the confidence that they would keep Nigeria united.” penetv