The Commissioner who visited the school of the said students said there was no record of any missing students. He said investigations have been carried out and it showed that the victim was mentally deranged.
When interrogated, the man denied turning anyone into tubers of yam. On Friday, December 3, LIB shared the story of how a middle-aged man was assaulted and accused of turning two students into tubers of yam at Bashorun area of Ibadan the Capital City of Oyo State. On getting to her house, the grandma also confirmed that she was the one that sent the man on an errand. She also confirmed that the man is a mentally deranged person. ”I don’t believe human beings could be turned into a yam, I was sent by gradma to drop the yams found in my possession and diapers to her children.” 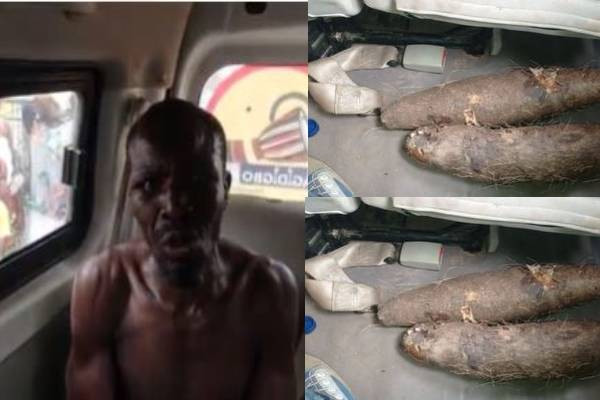 The man who was confirmed to be a mentally deranged person was alleged to have turned two pupils of Bashorun High School into tubers of yam, and this resulted in mob attack by some irate youths in the area that almost took his life. Read here.

The Commissioner for Education in Oyo state, AbdulRahman Abdu-Raheem, has debunked claims that some students in the state were turned into tubers of yam by a man claimed to be a ritualist.

Reacting to the development, the state commissioner for Education said investigations carried out showed that the suspect was just a victim of circumstance. He described the incident as a mere figment of imagination.