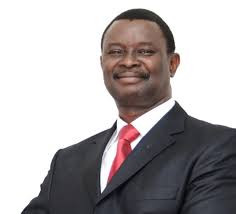 Wives, submit to your own husbands, as is fitting in the Lord.
When you hear a Sister saying their husband must settle down wherever she chose to settle down, and must do whatever they want him to do, MARK HER DOWN and watch her. When a Sister does not want to be corrected and she would flare up each time you try to direct or correct her behaviours, MARK HER DOWN and watch her.
To all such sisters, listen to what the Lord God says in His Word:
BUT WHEN THEIR IS A FALL AND IT IS MADE OPENED, FOR THERE ARE MANY SECRET FALLS, THE MAN WOULD BE AT FAULT. NO BODY BLAMES THE WOMAN! BUT GOD KNOWS THE SOURCE OF THE FALL. HE DOES NOT JUDGE AS MEN JUDGE.
The movie producer said this in a post shared on his Instagram page this morning. He averred that there are so many scriptures in the bible that some women would have loved to erase and one of them is the one that talks about submission.
– MIKE BAMILOYE”
Some married women in the Lord are fond of having their ways all the time. They never submit to their husbands. They never follow their husband. They are beautiful to behold in beauty, they smile all the time, they stand beside their husband in the church, but they are not who they claim to be. They are the direct opposite at home. Stubborn, rude, unbroken, disrespectful and very stingy with their body to their husband.
[23] For the husband is head of the wife, as also Christ is head of the church; and He is the Savior of the body.
[22] Wives, submit to your own husbands, as to the Lord.
What are you going to do to this verse now? You can NOT erase it. You can’t wish it away from the Bible. You can NOT say God did not say it. The Lord God commands that a wife should submit to her own husband “in everything”.
Ephesians 5:24
They would stand behind the pulpits and podiums introducing their sermons with a praise for their husbands: “I bring you greetings from my husband, the owner of my head. The payer of my dowries without whom I would not be here today. He sent his warm greetings ” , even while the man is suffering loneliness at home. Cold or hot the man is alone.
On many occasions when the man has ministrations on mission trips, the woman would not follow because she has her own trips too. So the man is left vulnerable at all times.
Some women would have been happier if the Bible had said the Wife is the head of the husband, because of the way they behave in their homes. Some women in the Lord are actually the husband in their home. They must dictate the AFFAIRS of the home or there would be troubles. They call the shots. They do whatever they chose to do and their husbands must not object or there would be chaos. They are the husband in the home. They have reversed the instructions of the Word of God.
There are some portions of the Word of God that some women would wish were not in the Bible. If it were possible for them, they would have erased such portion from the entire Scriptures. But unfortunately, the entire Word of God is infallible and is settled far away in Heaven.
1 Peter 3:1 NKJV
There is a class of female Ministers who never stayed at home with their husband. They travel everywhere, being hosted in many hotels and suits all over as they minister about, eating the best of sumptuous meals provided by their hosts while their husband stay alone at home manning the local church.
They could be away from home on ministrations for two or three months “Preaching” the gospel all over the world while their husband languish at home alone being fed by cousins, nephews or house maids. And when the husband attempt to stop them from moving or attempt to reduce their frequent “mission” trips, they would say he is killing their visions and suppressing their callings.
Better to dwell in a corner of a housetop, Than in a house shared with a contentious woman.
Hear what the Bible says:
So many men of God are suffering in silence because of the stubbornness of their wives. The ministry would have scattered if they had insisted on using their authority in the home. They would agree with a lot of the foolish ideas and suggestions their wives would bring up and follow them with patience to preserve their ministry and for the sake of the church and congregation. They counsel other people’s home but theirs is in shamble in secret.
Therefore, such women chose to ignore the Scriptural instructions as though they were not existing at all.
Young and single brothers, watch out very well and open your eyes. Don’t let the Tantalizer or Mr. Biggs love cover your eyes. Pray and let the Holy Spirit be your guide.
Colossians 3:18 NKJV
Therefore, just as the church is subject to Christ, so let the wives be to their own husbands in everything.:
Clergyman, Mike Bamiloye, has said that some women would have been happier if the bible had said that the wife is the head of the husband should not submit to him.
When you see a Sister always wanting to have her way during courtship, MARK HER DOWN and watch her.
[24] Therefore, just as the church is subject to Christ, so let the wives be to their own husbands in everything.
Wives, likewise, be submissive to your own husbands, that even if some do not obey the word, they, without a word, may be won by the conduct of their wives,
They dictate their terms to give their husbands access to their body. They are hard at home, but soft in the church. Very unsubmissive and insensitive. May God Almighty deliver men from such “Sisters”.