One of his followers concurred with him. The follower said he now gets uneasy and hides his phone whenever he is around police officers.
”Finished filming late yesterday so the director and I were plotting routes I could take home with no police presence. It’s after the conversation I realized we’re living like escaped convicts in this naija! We didn’t even think of armed robbers o, it’s Police we’re worried about” he wrote 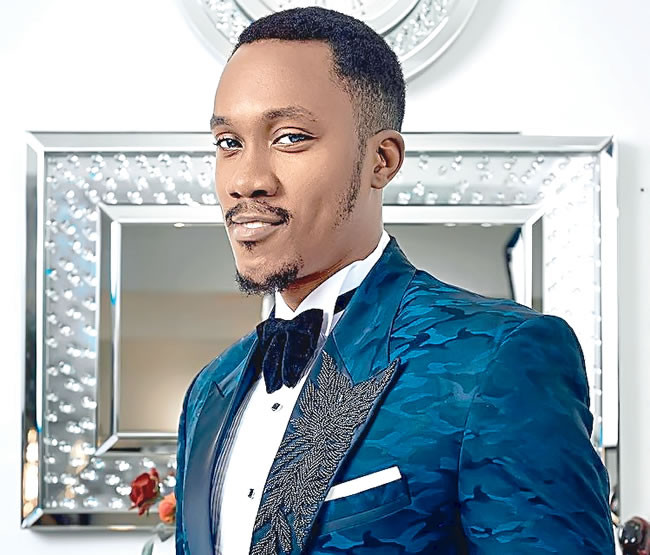 Adebule said he was on his way home on Tuesday night and was only worried about police officers he might encounter on the road and not armed robbers. He shared this thought on his Twitter handle. 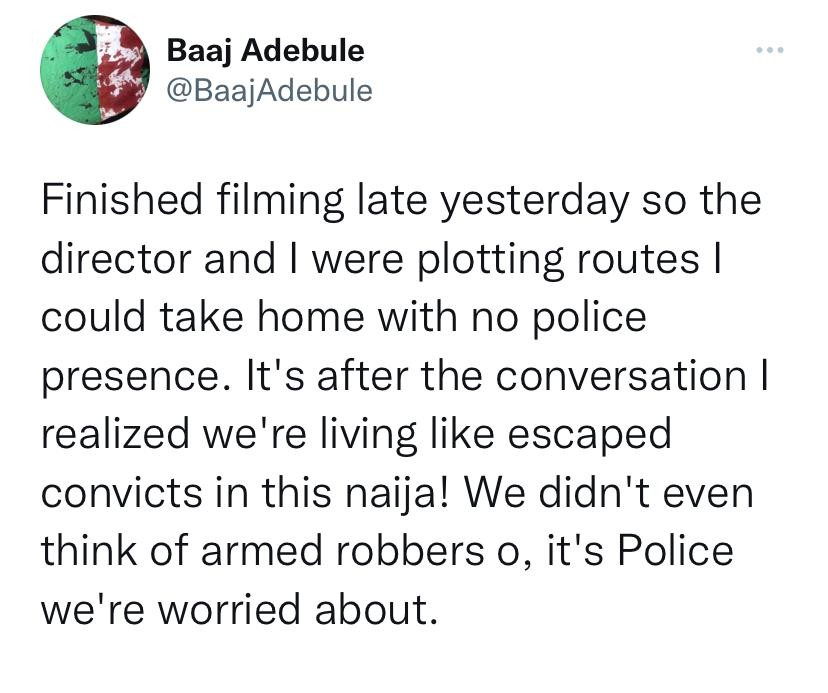 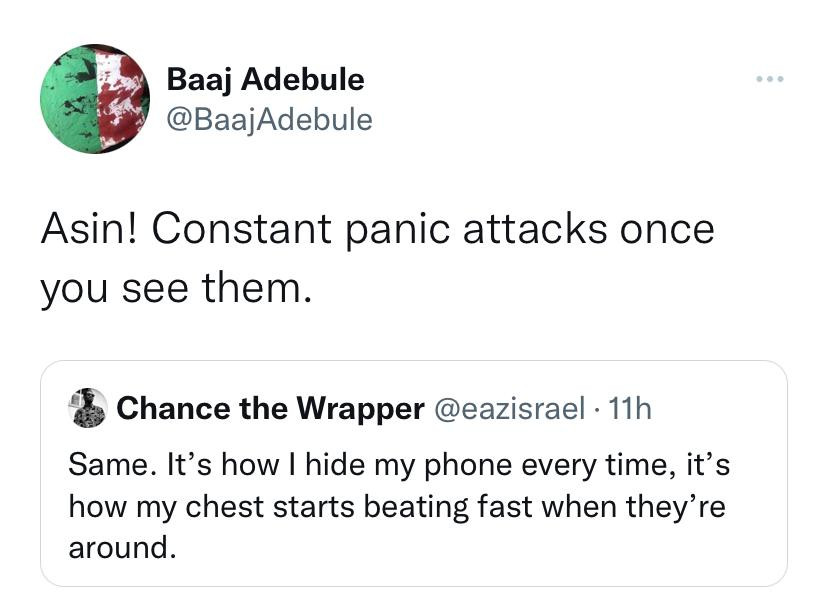