He also appeared to take a swipe at Russia and China.

“We won’t overpromise and underdeliver. We’ll maintain high standards for the vaccines that we help to bring to others, only distributing those proven to be safe and effective. We’ll insist on an approach built on equity,” Blinken said. 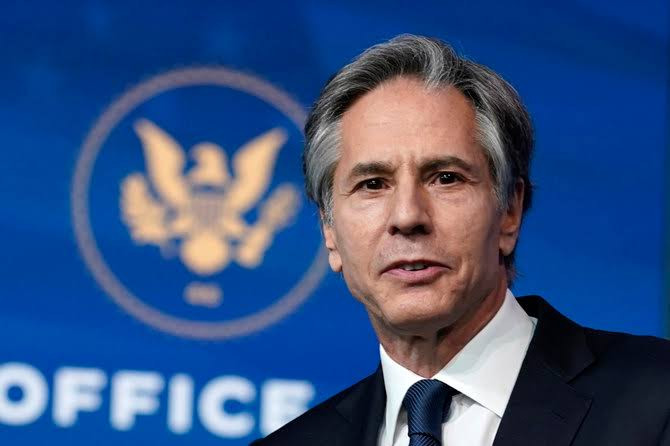 “This is about saving lives,” Blinken said during remarks at the State Department.
“As we get more confident in our vaccine supply here at home, we are exploring options to share more with other countries going forward,” Blinken said.

When outlining the State Department’s plans to share supplies of Covid-19 vaccines with other countries, Secretary of State Tony Blinken said the US is only concerned with saving lives and not playing politics.

“This pandemic won’t end at home, until it ends worldwide,” Blinken said.

China has taken a different approach to the US and is exporting vaccines widely before making them widely available at home. The Chinese Foreign Ministry announced last month that it is providing free vaccines to 69 countries and commercially exporting them to 28 more.

“We believe that we will be in a position to do much more on this front. I know that many countries are asking for the United States to do more, some with growing desperation, because of the scope and scale of their Covid emergencies. We hear you, and I promise we’re moving as fast as possible.”
The United States has said it would not “trade shots in arms for political favors” with other countries.
“We’ll treat our partner countries with respect.”

“Even if we vaccinate all 332 million people in United States tomorrow, we would still not be fully safe from the virus,” the top US diplomat said in remarks at the State Department.

Blinken also underscored the need for global cooperation and for the US to help other countries.

While making the remarks, Blinken  unveiled a new Covid coordinator, Gayle Smith, as the US has come under increasing criticism for its failure to share unused vaccines with other countries, even as Russia and China have aggressively started sharing their vaccines with nations around the world.

“Not while it’s still replicating around the world, and turning into new variants that could easily come here and spread across our communities, again, and not if we want to fully reopen our economy, or start traveling again.” penetv