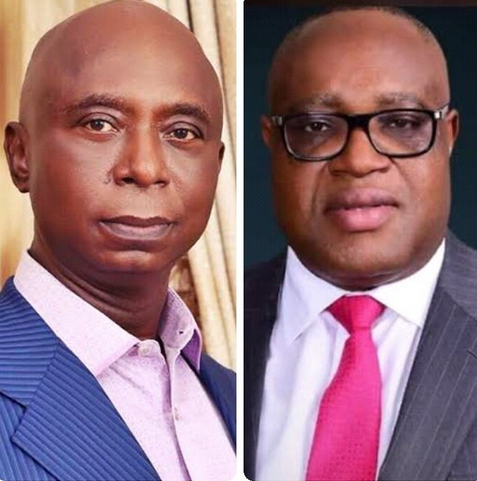 Worse still , how did he think he could usurp the throne of Idumuje-Ugboko expecting people to stand in ovation. His half brother , Prince Uche, was well qualified to be the king just like Prince Solomon Eziokwubundu Nwabuokei Nwoko . The two therefore proceeded to court to contest the throne with injunctions stopping the state from recognising a man that bulldozed his way to Ugboko Palace..  The cases are still pending in court. Which state then  will hand over a Staff of Office to a usurper when litigations concerning that particular throne he sits are still before a court of competent jurisdiction.  Does Delta state government need Prince Ned Nwoko to do what is right before the law ?